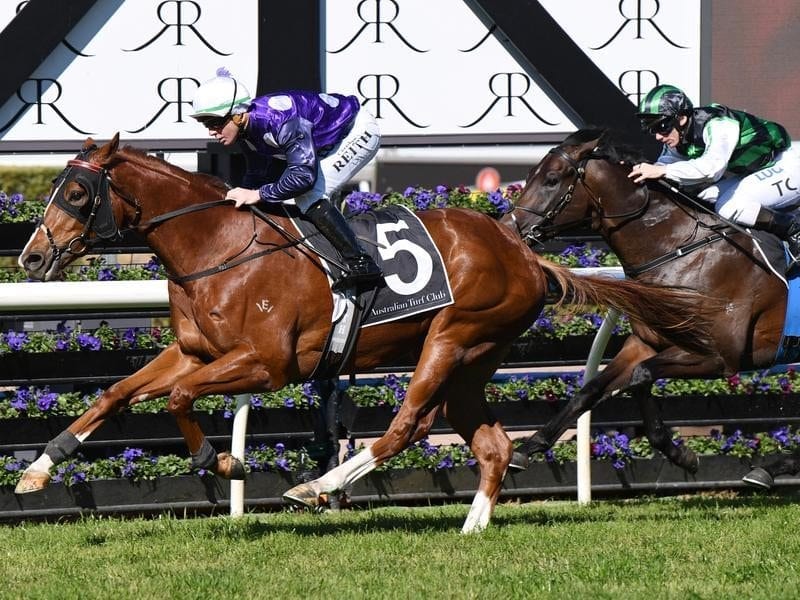 Shogun Sun will be one of two runners for trainer Kelly Schweida in the Gold Edition Plate.

Trainer Kelly Schweida believes he has no way to keep his star three-year-olds Cellargirl and Shogun Sun apart in the lead-up to the Magic Millions Guineas.

Cellargirl and Shogun Sun will resume from short breaks in the Listed Gold Edition Plate (1200m) at Doomben on Saturday.

Both performed well during the Sydney spring carnival with Cellargirl placed in Group One and Group Two company in the Flight Stakes and Tea Rose Stakes and Shogun Sun winning at Randwick.

Schweida admitted he would have liked to have kept the pair apart in the lead-up to the $2 Million Guineas on January 13.

“But you don’t get much of a chance for a break these days with feature carnivals just about every month,” Schweida said.

“You just get over the spring and the Magic Millions is on you. It means there is a limited program as lead-ups for the races.”

“This way they can both run Saturday and then go on to the 1350 metre race (Vo Rogue) and into the Millions.”

Schweida also struggles to separate Cellargirl and Shogun Sun in terms of ability.

“I have always said with both you wouldn’t see the best of them until next year,” Schweida said.

“Cellargirl has already shown she is Group One class and Shogun Sun is the one who will like the longer races.”

“Unfortunately, we are at Doomben where the race pattern has become pretty settled. It doesn’t suit either of them. But it is what we have.”