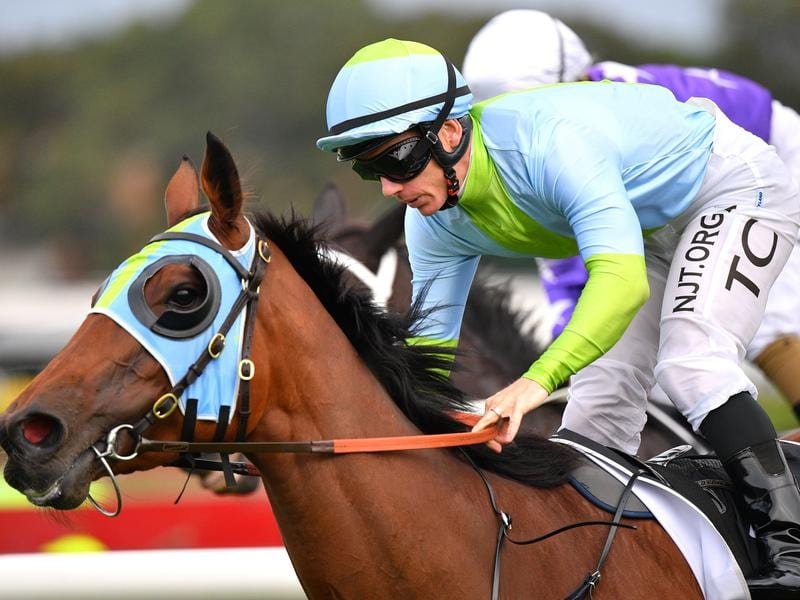 Progressive mare Positive Peace has continued a rise through the grades to capture her fifth straight win in the Group Two Emancipation Stakes at Rosehill.

With her trainer Bjorn Baker cheering from his lounge room rather than on track, Positive Peace took the step up to stakes level in her stride to dominate Saturday’s 1500m race for fillies and mares.

It extended the four-year-old’s winning sequence which began in a benchmark-70 at Warwick Farm in January, while she has taken her overall record to eight wins from 17 starts.

“Last week it worked with sending Stephen so I let him go again this week,” Baker said.

“It’s just the way it worked out. It’s great to get that win. I’m thrilled.

“She just keeps stepping up and she’s in great order.”

Baker said Positive Peace had continued to thrive this preparation, and after Saturday’s win the mare has firmed from $26 to $15 for the Group One Coolmore Legacy Stakes (1600m) at Randwick in two weeks.

“I think we have to look at it for sure,” Baker said.

“We will see how she comes through and go from there.”

With Tim Clark aboard, Positive Peace settled just off leader Amangiri before moving up ominously to take the lead rounding the home turn.

“Well done to Bjorn and his team, they’ve just got her absolutely flying.

“I couldn’t hold her slow enough mid-race, she was absolutely jogging.

“I knew she was rock-hard fit, whereas the leader was first-up and Sweet Deal had had that break between runs, so from the 600 metres I wanted to make sure it was a good gallop and make them catch her if they could.

“She was just so strong and she’s just in unbelievable form.”