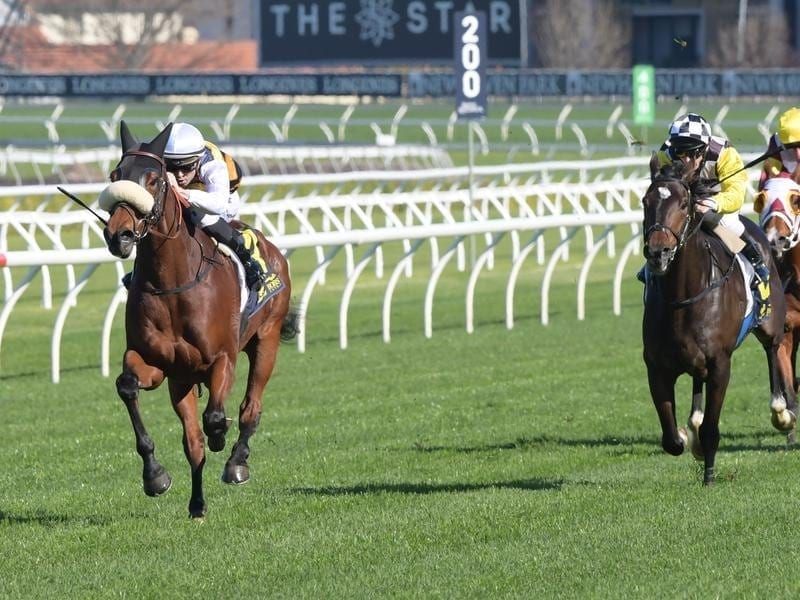 Randwick winner Plymouth Road has been entered for the Listed Winter Cup at Rosehill.

Having trained his first winner for OTI Racing, Matthew Smith is hoping the same horse can step up again at Rosehill.

Plymouth Road led all the way to claim the 2400m-handicap at Randwick on Saturday and if he continues to please Smith, he will back up at Rosehill a week later.

Terry Henderson’s OTI Racing is known for sourcing horses from Europe with the big spring Cups in mind but Plymouth Road was bought a little closer to home from New Zealand.

He started his career with Lee and Anthony Freedman in Victoria and was then transferred to James Cummings in NSW.

He needed a new home when Cummings joined the Godolphin operation and found his way to Smith at Warwick Farm.

“He is my first horse for OTI. I had another one but he didn’t make it to the races,” Smith said.

“He is a good stayer and as long as he does well he will run on Saturday in the Cup race.”

Plymouth Road was one of 11 entries taken on Monday for the Listed Winter Cup (2400m) with stablemate La Courbette also in the mix.

La Courbette finished third over 2520m at Flemington on Saturday behind Lycurgis and Grey Lion.

Veteran Destiny’s Kiss is the highest-rated entry on 108 with nominations extended until Tuesday.

Smith has also entered Faraway Town in the Listed Civic Stakes (1350m) at Rosehill on a seven-day back-up from her third behind I Thought So and Jungle Edge in the the 1200m-open sprint at Randwick.

Group One-placed at two in the ATC Sires’ Produce Stakes, Faraway Town missed a start in Saturday’s Tatt’s Tiara as an emergency.

Jungle Edge is also among the 19 entries as is Handfast who finished fourth in the Randwick sprint.

The three-year-old by Stratum is out of Combat Kitty who Smith trained to win a Listed race at Flemington in 2011.

Smith is expecting to get a horse from France to train for OTI and is also looking forward to the arrival of Dark Acclaim who was knocked down to him at the pre-Royal Ascot sale in England for STG300,000 (abt $A500,000).

“There is a group of owners who have got together to buy him,” Smith said.

“He ran third in a Listed race won by Gronkowski who went on to run second in the Belmont Stakes.

“We expect him to be racing in the Sydney autumn carnival in races around a mile.”