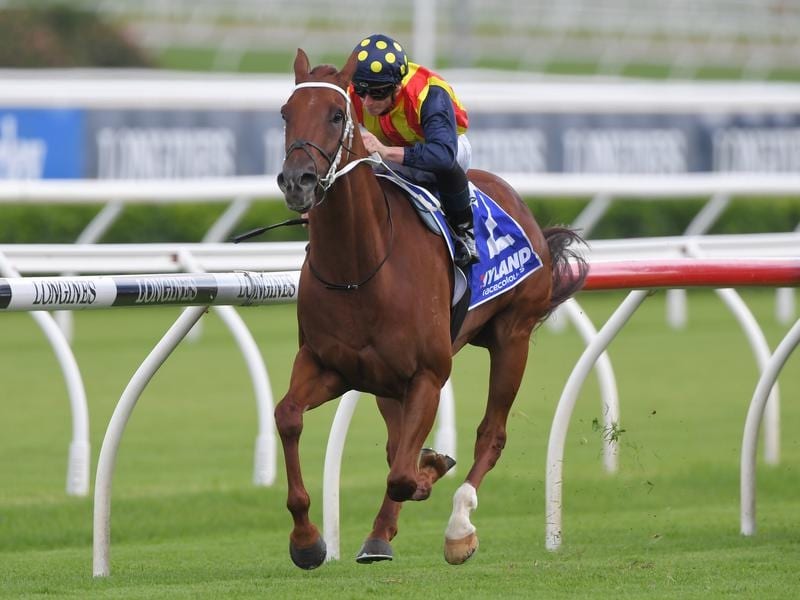 Reigning champion Nature Strip has been secured to take his place in the 2022 edition of The Everest, with his trainer confirming that the world’s best sprinter will represent the Chris Waller Racing slot in October.

Waller said that a deal was made with the sprinter’s connections subsequent to his third consecutive win in the TJ Smith Stakes during The Championships.

Nature Strip is set to race at Royal Ascot in June, with that being the current priority for the $17.9 million earner, but the champion trainer believes that the horse can reach new heights in the spring when he returns to Australia.

“Following his dominant victory in the TJ Smith Stakes, I felt it was an opportune time to be putting a deal forward to secure him again for 2022,” Waller’s press release read.

“Whilst we very much look forward to his immediate Royal Ascot campaign, I am also equally as excited that we have clarity around the Spring and Nature Strip will be able to return to defend his title in the 2022 Tab Everest. I wish to thank the partners in the CWR slot which includes Magic Bloodstock, Noel and Maria Greenhalgh, Neville and Jenny Morgan and well as Ingham Racing who were instrumental in allowing us to pull this deal together.”

Nature Strip won the 2021 edition of The Everest under the Chris Waller Racing slot, after he raced for the TAB in 2020 when seventh to Classique Legend.

Rod Lyons, managing part-owner of Nature Strip, said that connections are “ecstatic” that Waller has opted to run their horse in his slot once again.

“We are ecstatic Chris’ slot has selected Nature Strip for the 2022 edition of The Everest,” he said.

“We take an abundance of joy out of racing Nature Strip and being a part of Chris’ team, it was an apt decision to align with his slot again for 2022.

“Nature Strip has again showed us his capabilities as Australia’s best sprinter this Autumn, and we eagerly await the next six months as we embark on an international campaign whilst also being able to mount a defence of the Tab Everest later this year”

Nature Strip is the current $4 favourite with online bookmakers to make it back-to-back wins in The Everest, while he is a $5 hope in the Platinum Jubilee at Royal Ascot on June 18.