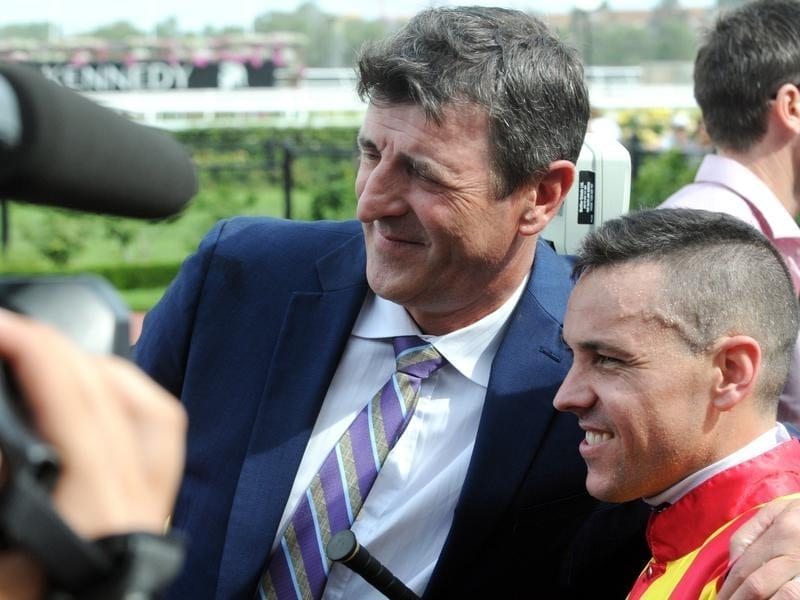 Exciting sprinter Nature Strip has continued on his winning way with a hard-fought victory in the $250,000 Inglis Dash at Flemington.

The three-year-old made it four wins from five starts in Saturday’s 1100m sales-restricted race, but the $1.50 favourite was forced to work hard to fend off the challenge from the talented Prezado.

In his first try down the Flemington straight course, Nature Strip, with Ryan Maloney aboard, came to the outside fence and was able to withstand a challenge from the resuming Prezado ($5) over the final 300m to score by three-quarters of a length.

Bravo Tango ($18) charged home for third, another length away, in an eye-catching return from a spell.

Nature Strip was having his first start for caretaker trainer Robert Hickmott after being transferred from Robert Smerdon who has stood down from training duties until charges against him stemming from the Lovani inquiry are heard by the Racing Appeals and Disciplinary Board.

“It wasn’t an impressive margin but it was his first time down the straight and Ryan said he floated a fair bit,” Hickmott said.

“He had to do it tough late and showed his fighting qualities.

“I thought it was a great performance.

“He showed he wasn’t a speedy squib today.

“He may be suited better around a corner and obviously the Oakleigh Plate has been talked about. All things going well that’s where we’ll head.”

The Group Two Rubiton Stakes is the likely next step for Nature Strip should he come through Saturday’s race well.

Maloney said Nature Strip got lost in his first attempt down the straight.

“First time down the straight they are always vulnerable, especially when they are big and raw like him,” Maloney said.

“I thought he’d handle it but just basically when he wasn’t challenged he was floating around.

“He went to duck in late. He’ll come away from that a lot better with the experience.”