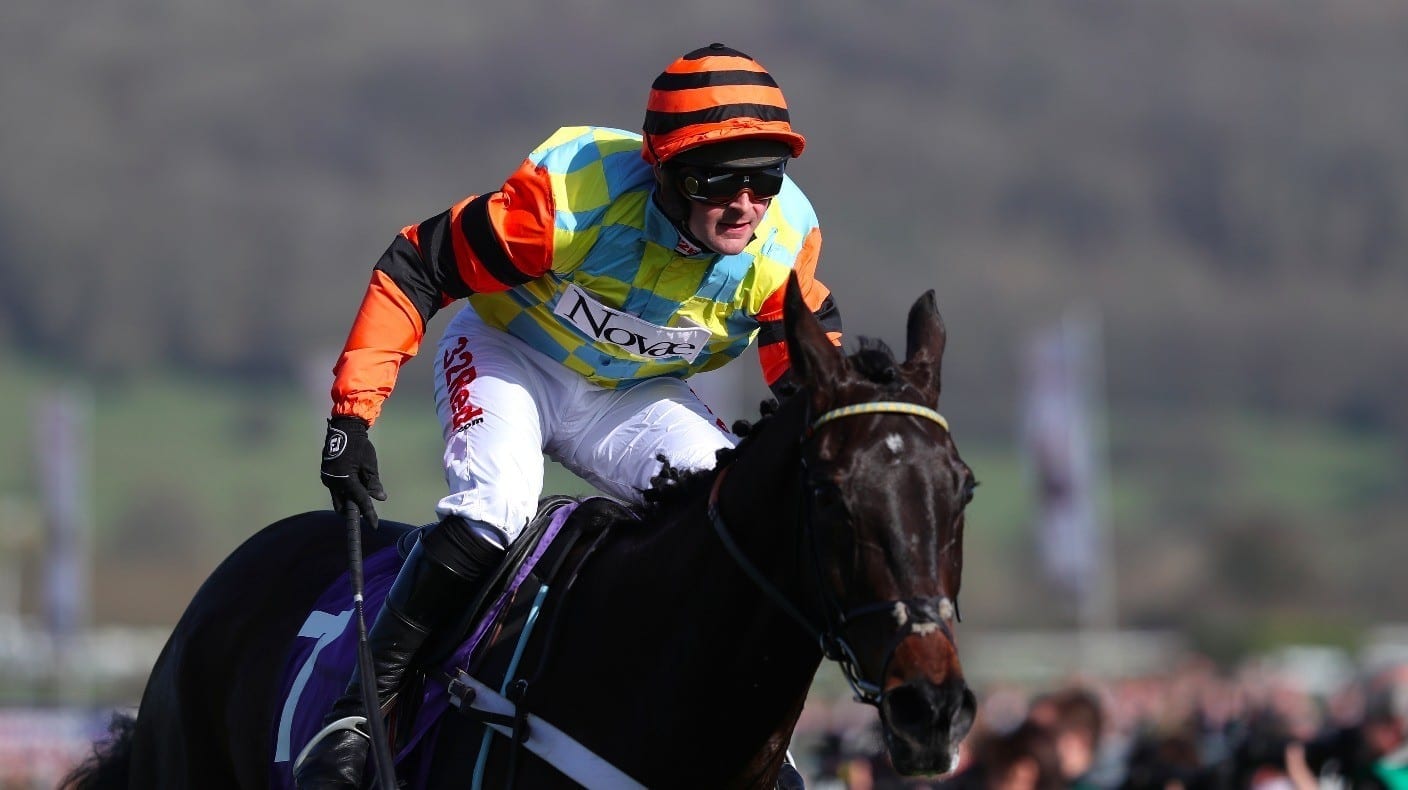 Might Bite is challenging for Cheltenham Gold Cup favouritism following his victory in the King George VI Chase at Kempton.

After suffering a final-fence fall in the Kauto Star Novices’ Chase at the track 12 months ago, the eight-year-old gained deserved compensation to complete a Grade One double for trainer Nicky Henderson, who had earlier won Tuesday’s Christmas Hurdle with Buveur D’Air.

Close to the pace throughout, Might Bite (6-4 favourite) hit the front rounding the home turn before digging deep after the last to hold off the challenge of Double Shuffle by a length, with Tea For Two a further two lengths adrift in third.

He is now as short as 9-2 for the Cheltenham showpiece with Sizing John at 4-1.

“He is good to watch. You could enjoy watching horses like him all day and night,” trainer Nicky Henderson said.

“He loves all the showmanship that goes with it and he likes to jump like that and boss it and say, ‘Look at me’. The nice thing was that he handled the ground.

“We have our little scheme which is try not to press before the last. Don’t let him know that is the last then you can go for your life after it.

“The next question is what we do next. We will probably have another run.

“It won’t be a slog in a bog, wherever it is. If it froze up until March 16 that wouldn’t bother me.”