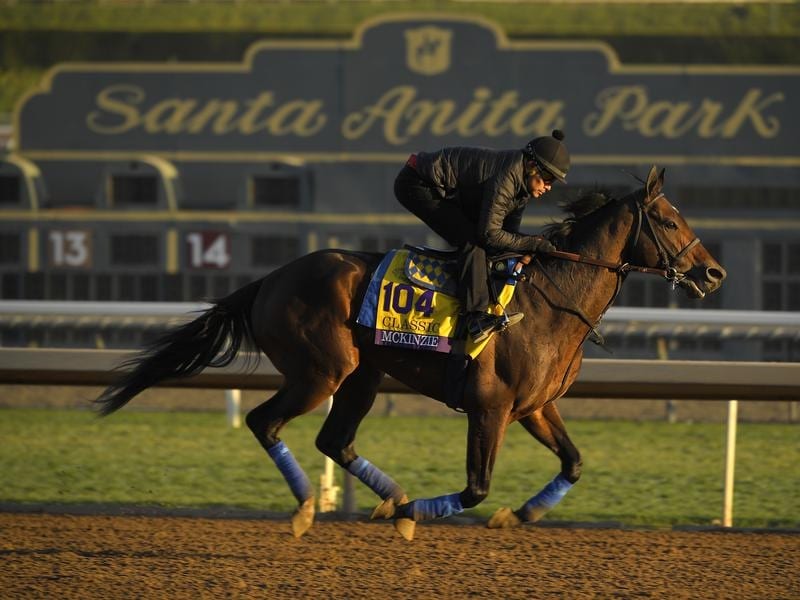 Authorities say there is no evidence of illegal medications in horse fatalities at Santa Anita.

Illegal medications are not a factor in the deaths of 23 racehorses at Santa Anita Park, according to the California Horse Racing Board.

The CHRB said in a report, 39 per cent of the fatalities were on track surfaces affected by wet weather.

The report comes after US prosecutors criminally charged 27 trainers, veterinarians, drug distributors and others in a wide-ranging scheme to dope horses and cheat bettors.

In light of the federal charges the CHRB plans to retroactively test post-race urine samples of some of the horses tied to the scandal, spokesman Mike Marten said.

The agency looked at the fatalities at Santa Anita between December 30, 2018 and March 31, 2019, which grabbed headlines and raised concern about the safety of horses competing at the famed Southern California track and the ethics of the sport.

The investigation, which was conducted by veterinarians, scientists and CHRB staff, found no evidence of any “animal welfare violations”.

That echoes the findings of a report by the Los Angeles County District Attorney last year, which found “no criminal animal cruelty” took place at Santa Anita.

The CHRB report recommended establishing strict statewide criteria for cancelling racing based on weather and surface conditions and a requirement that trainers and attending veterinarians receive continuing education.

The report also called for the industry to engage in research to better understand proximal sesamoid bone fractures, a leading cause in the breakdowns of the horses at Santa Anita that are related to racing and training intensity.

The owner of Maximum Security, the colt who won last month’s $20 million Saudi Cup, the world’s richest race, fired trainer Jason Servis after he was indicted in the doping scheme.

Maximum Security has been transferred to Hall of Fame trainer Bob Baffert who is based at Santa Anita.