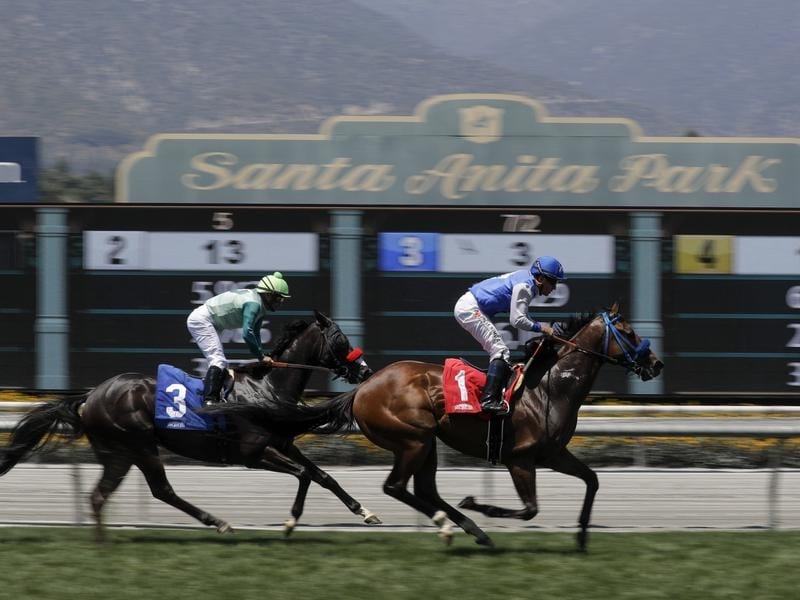 Trainers are confident Santa Anita has the right safety measures in place ahead of Breeders’ Cup.

Leading trainers competing at the Breeders’ Cup meeting are confident Santa Anita will be safe for their horses despite a surge of deaths at the famed Southern California racetrack.

Thirty four horses have perished at the Stronach Group-owned venue over the past 11 months with the latest three-year-old gelding Satchel Paige on Saturday.

Santa Anita earlier this year hired a consultant to study the track surface and the California Horse Racing Board also investigated but the exact cause of the spate of fatalities remains unknown.

Asked by Reuters if he or any of the owners he works for were hesitant to compete at Santa Anita next month, Hall of Fame trainer Bob Baffert said “not really.”

“It was tough on everybody but I really feel that hasn’t even crossed any of my clients’ minds,” he said.

“We changed some things here for the better. The surface – they are working on that.

“I think it was a wake-up moment for racing. We need to do a better job and I think trainers and everybody involved are being more conscientious than before.”

The Stronach Group and state regulators have instituted reforms at the venue including strict limits on the use of any pain or anti-inflammatory medication and treatment, which can mask injuries.

Whips will still be permitted at this year’s Breeders’ Cup although a whipping ban has been proposed by the CHRB.

“It has been concerning for sure watching from afar on the east coast,” trainer Chad Brown said.

“I’ve been keeping a close eye on it… (but) ultimately I didn’t avoid running any horses at the Breeders’ Cup due to this issue.

“We feel confident in Santa Anita’s management that the track will be safe and I support everything they’ve been doing to try to improve the situation.”

Baffert says he believes the races, which are expected to draw protesters, will put horse racing and Santa Anita in a positive light.

“Everything is going to be good. We’re going to get some good, positive vibes out of this whole thing,” he said.