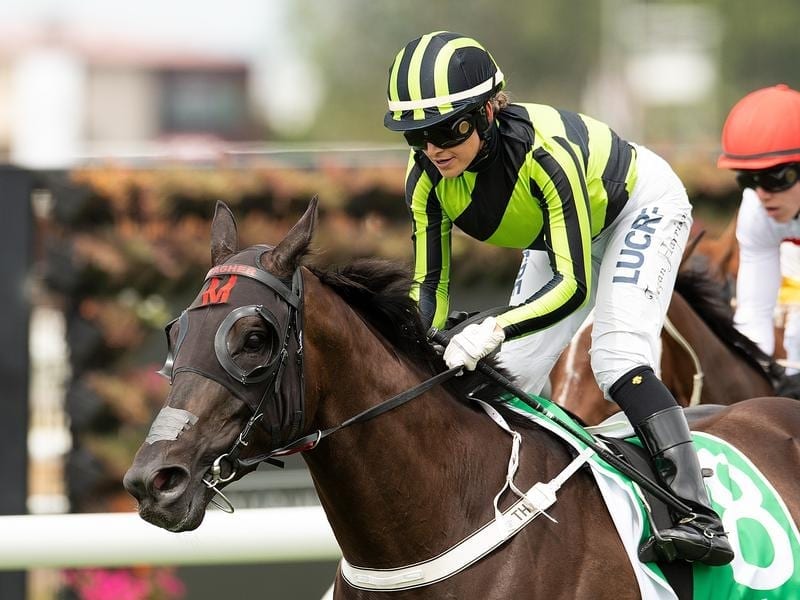 Divine Dice will face a small field at Doomben with several rivals heading north to Rockhampton.

In-form Divine Dice is set to take advantage of the absence of several key rivals and score a deserved win at Doomben.

Divine Dice will take on seven rivals in Saturday’s Open Handicap (1200m) but in previous years the field would have been larger.

A boost in prize money for provincial feature races means several of Brisbane’s better sprinters will dodge Doomben and head north for the $100,000 Rockhampton Newmarket on Friday.

Divine Dice beat a good field at the Gold Coast three runs back on a soft track.

Divine Dice raced on the pace in both races and fought on well in the straight.

Co-trainer Chris Meagher has been happy with Divine Dice since the Healy run last Saturday week.

“Both his Eagle Farm runs were strong against stakes company horses and he is coming back a few grades on Saturday,” Meagher said.

“We gave him a trial at Deagon last week and he won it beating Care To Think.

“Races and trials are obviously different things but it showed he was ticking over nicely and he has drawn barrier two.”

Divine Dice has a good record at 1200m with eight of his nine wins over the distance but he has never won in five previous attempts at the Doomben 1200m.

Meagher points out in just about all of those defeats Divine Dice was not far from the winner.

“He has been really good for us and ran fourth to Chapter And Verse in the Magic Millions QTIS race this year so he is well up to Saturday’s race,” he said.

Tegan Harrison, who is one of four female jockeys to have won races on Divine Dice, has retained the ride.

The stable will also have comeback horse Handsome Thief in Saturday’s race.

The gelding was having his first start for the stable when last in the Moreton Cup, beaten five lengths.

“We said before the race he would need the run and that is how it panned out,” Meagher said.

“He had won a trial in the lead-up but he hadn’t run for six months.

“He should do better on Saturday but he still might be one run short.”

Handsome Thief showed his class by winning the Listed Wangoon Handicap at Warrnambool in May last year.

“We have worked on a few problems with him but If he can get back near that form he will win races here,” Meagher said.