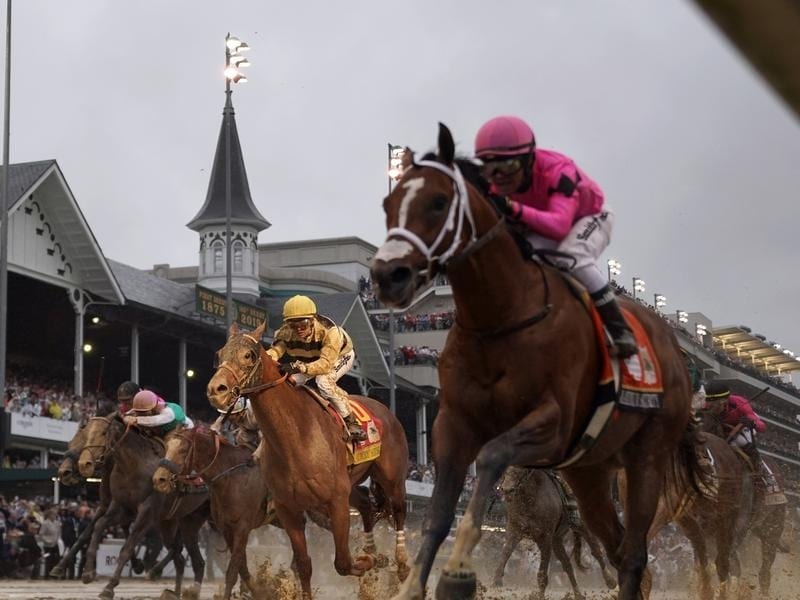 Jockey Luis Saez is to appeal a 15-day suspension for causing interference in the Kentucky Derby which cost his mount Maximum Security victory.

A lawyer for Saez says the suspension is “unwarranted” and the rider’s legal team will file an appeal within 10 days and also seek a stay of proceedings.

“He had a flawless ride in the Kentucky Derby and there’s no reason that the stewards should have given any discipline to him,” attorney Sean Deskins said.

“He did everything that he was required to do and that was within his power to control the horse.”

Saez was cited for failing to “make the proper effort to maintain a straight course” in the race at Churchill Downs.

Country House, a 65-1 chance who crossed the line second, was declared the winner with Maximum Security demoted to 17th of the 19 horses.

The stewards’ ruling comes a week after the racing commission denied an appeal of Maximum Security’s disqualification by co-owner Gary West. The commission’s swift denial came hours after West announced Maximum Security would not run in this weekend’s Preakness at Pimlico in Baltimore.

The commission said stewards’ decisions are not subject to appeal. It also denied a request to stay the disqualification ruling pending appeal.

West and his wife, Mary, said in a statement late last week they were evaluating their legal options.

They said with a “just and proper hearing of our case Maximum Security will be restored as the rightful winner.”

Stewards disqualified Maximum Security after determining the colt impeded the path of several horses between the far and final turns of the 1-1/4-mile (2000m) race.

Maximum Security was near the rail before veering right and making contact with War of Will, who retreated, Long Range Toddy and Bodexpress.

Country House was involved on the outside and although he did not appear seriously affected, his rider Flavien Prat filed an objection and said Maximum Security interfered with his horse.