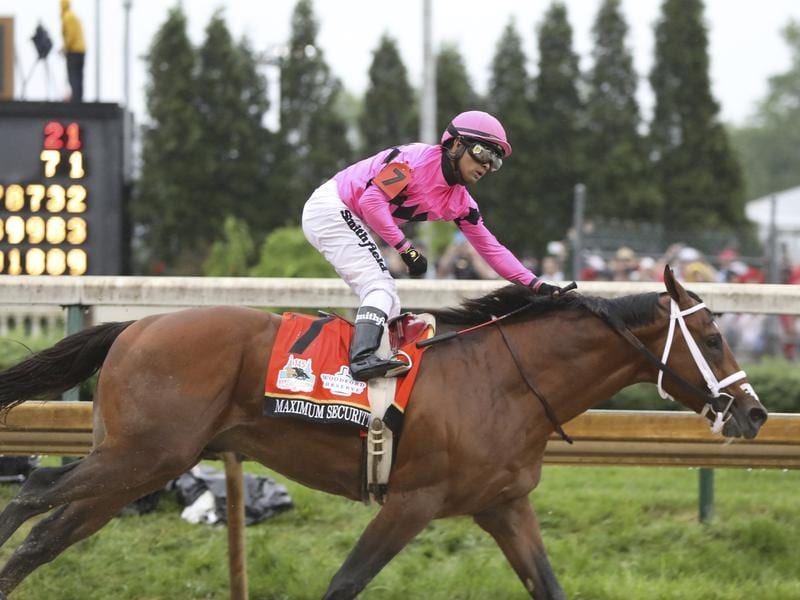 Maximum Security has ended a mixed season with victory in the Grade One Cigar Mile.

Maximum Security has ended a tumultuous season with a decisive victory in the Grade One Cigar Mile at Aqueduct in New York.

Earlier this year the colt became the first horse to be disqualified for interference in the 145-year history of the Kentucky Derby.

That was one of only two defeats in an otherwise exceptional campaign.

The three-year-old trained by Jason Servis and owned by Gary and Mary West won six races from eight starts including the Florida Derby at Gulfstream Park and the Haskell Invitational at Monmouth Park.

In the Cigar Mile, Maximum Security started well under Luis Saez to grab the early lead.

He was quickly challenged by Spun to Run, the winner of the Breeders’ Cup Dirt Mile last month at Santa Anita.

The two horses raced as a team until Maximum Security pulled clear at the top of the straight and went on to win by 3-1/2 lengths.