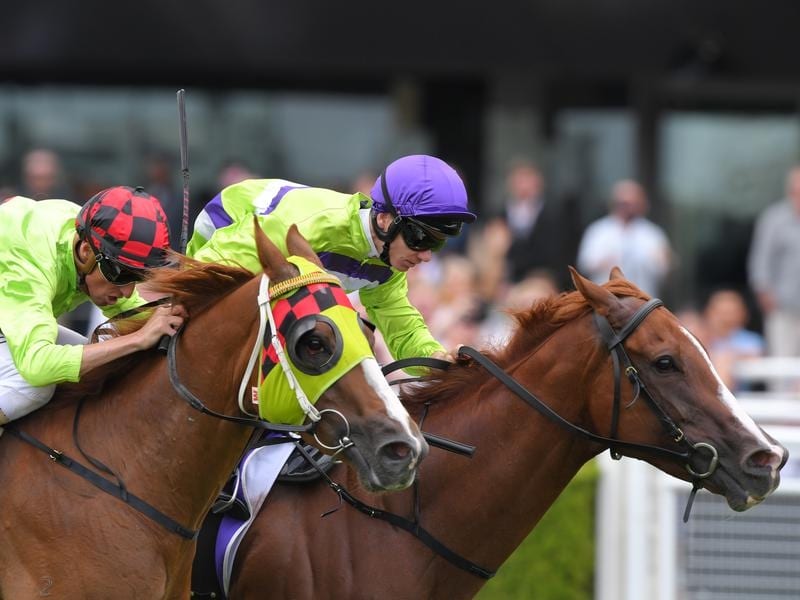 Randwick winner Hellenism (r) is favourite for the Grafton heat of the Country Championship.

Murwillumbah trainer Matt Dunn will saddle half the field in the rescheduled Northern Rivers heat of the Country Championships.

The meeting has been transferred to Grafton on Thursday because of problems with the amount of rain at Coffs Harbour which forced the cancellation of racing on Tuesday.

Because of the change of venue, the field will have a maximum of 14 runners instead of 16.

Dunn will have seven runners in the 1400m-race but the Aiden St Vincent-trained Hellenism is the early favourite.

The mare is a last-start winner of a Highway Handicap at Randwick over 1100m on January 25 and has a win over 1400m on her record.

She is at $3.20 in the TAB’s market ahead of the Dunn-trained Gracie Bell.

The Jean Dubois-trained Julian Rock and Al Mah Haha from the Tas Burleigh stable ran one-two in the south eastern heat at Moruya on Sunday to secure the first Country Championship berths.