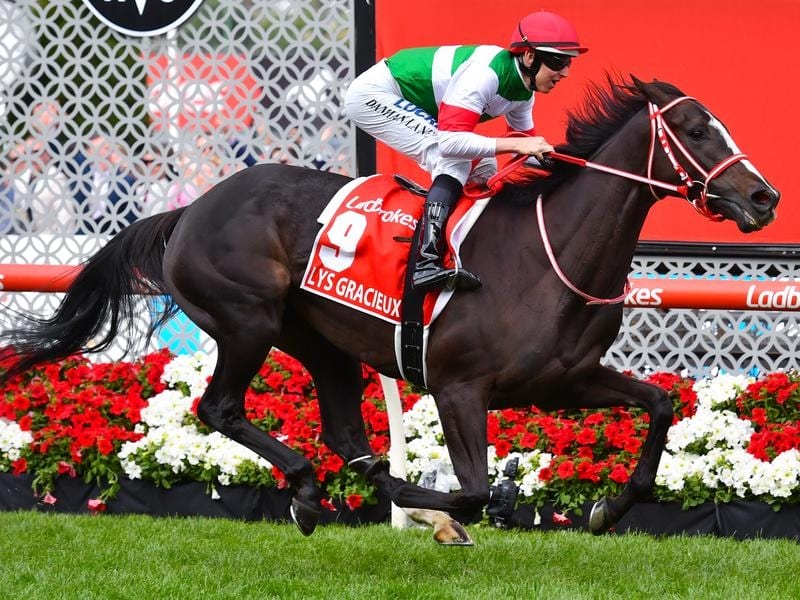 Lys Gracieux, a brilliant winner of the 2019 Cox Plate, has been named Japan’s Horse of the Year.

Cox Plate winner Lys Gracieux has been named Japan’s Horse of the Year, receiving 271 votes from a possible 274.

The mare won three Group One races in 2019, the Takarazuka Kinen, Cox Plate and Arima Kinen, all with Australian jockey Damian Lane aboard.

The Horse of the Year title is the highest honour given to JRA-registered race horses and is selected by a committee of journalists.

As is the policy of her owners Carrot Farm to retire their mares at five, Lys Gracieux has run her last race.

She will have an official retirement ceremony at Kyoto on January 19 with the JRA Awards ceremony to be held on January 27.