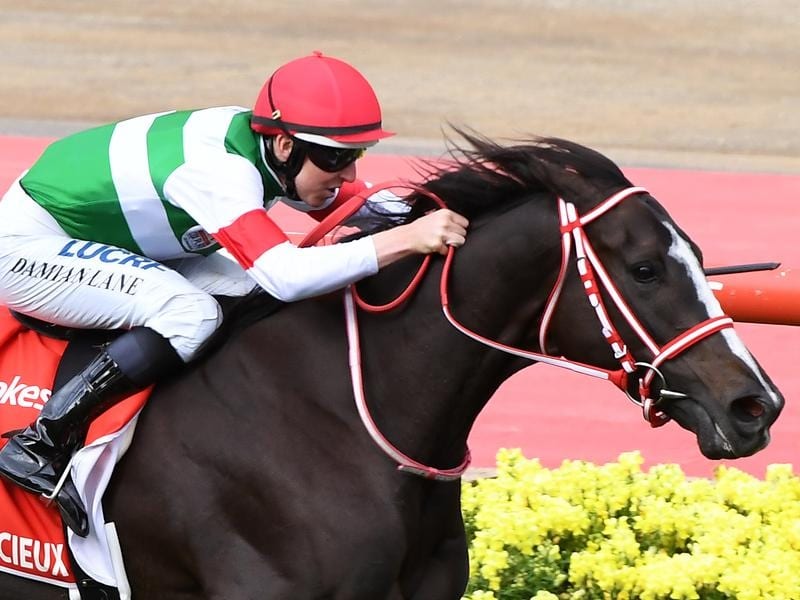 Damian Lane has reunited with Cox Plate winner Lys Gracieux to take out the Arima Kinen in Japan.

Having her final race before she heads to the broodmare barn, Lys Gracieux came out of the pack late to claim what was in the end an emphatic win over 2500 metres.

The race was run at a solid pace with Aerolithe the front runner.

The mare was trainer Yoshito Yahagi’s first runner in the Arima Kinen, acknowledged as the biggest betting race in the world.

In 2019, Lane won the Golden Slipper on Kiamichi, the Caulfield Cup on Japanese horse Mer De Glace and the Cox Plate.

He also won the Takarazuka Kinen on Lys Gracieux during a successful stint in Japan.

His association with Yahagi helped cement the Arima Kinen ride with Lane given a special one-day licence for Sunday.