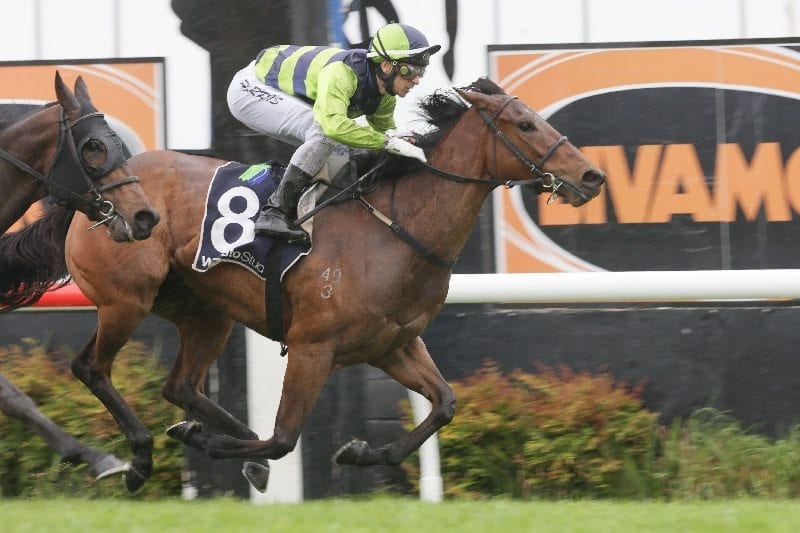 A VISIT to Auckland next week for Yearn could be the forerunner to the first black type challenge of the in-form mare’s burgeoning career.

The Karen Fursdon-trained daughter of Savabeel is unbeaten in three appearances this season, including a winning double at the Hawke’s Bay carnival.

Owner Mark Lupton said he and the trainer will have a discussion as to where their next port of call will be for Yearn.

“I’ll talk to Karen and there’s a Rating 85 race on Melbourne Cup day at Ellerslie or maybe a Rating 75 at Te Rapa the following week, but I’m more tempted to go for the 85 – she’ll get in with no weight,” Lupton said.

“I’d like to give her a hit-out that way around and if she ran really well again we could be looking at the Auckland Thoroughbred Breeders’ Stakes at Pukekohe on November 25.”

Lupton said Yearn could be given a let-up after the group two event with a bigger goal in mind.

“We could possibly freshen her and take her to Wellington for the Telegraph.”

Lupton previously trained the four-year-old and sent the horse to Fursdon after a trial win at Te Teko in August.

“I had a ticket booked to go to America and I let Karen have her and she’s won three in a row with the mare so I can’t take her back,” he said.

Out of Danehill’s daughter Princess Uno, Yearn is bred to go over more ground but Lupton sees similarities between Yearn and another Savabeel mare he educated.

“I had Diademe here for Scott Richardson and broke her in – she was brilliant up to a mile and this one looks the same.”