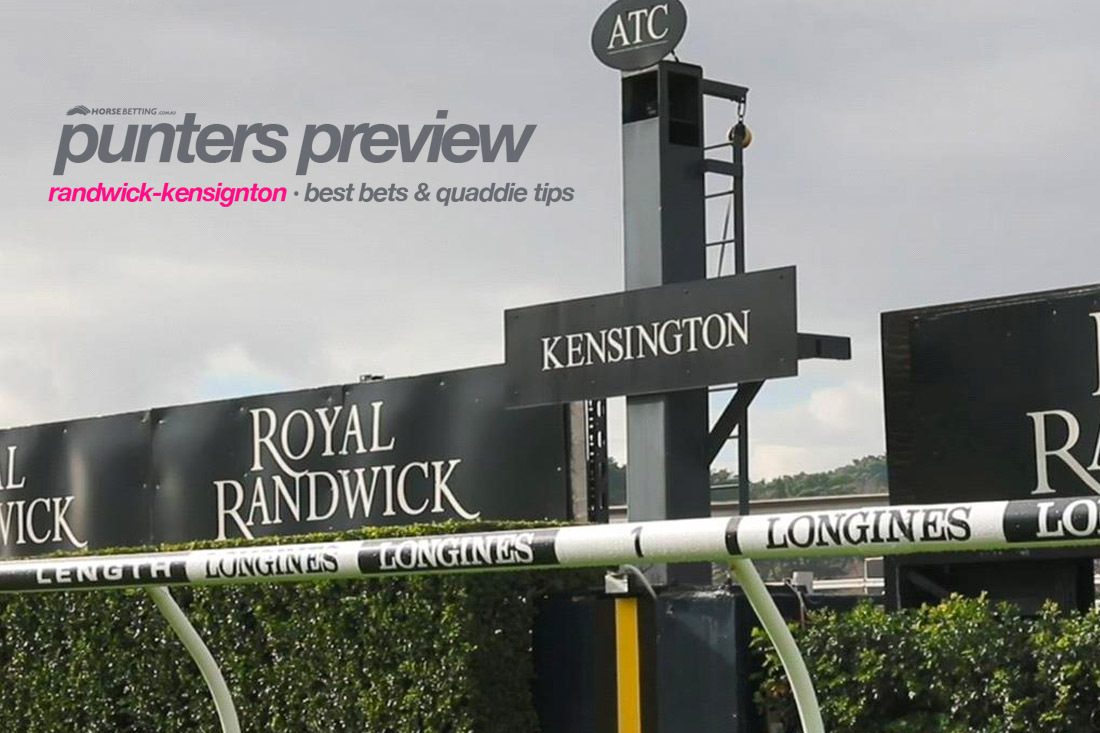 HorseBetting’s Sydney form analyst brings you his best bets and quaddie selections for the seven-race card that will be run on the Kensington track at Randwick on Wednesday afternoon. The track is rated a Soft 5, the rail is out 5m for the entire course, and the first race is set to go at 1:25pm AEST.

Admittedly, we are a touch torn between two very good horses in Billiondollarbaby and Sunrise Ruby, but we are siding with the former in a race which is more likely to suit the three-year-old. Although Sunrise Ruby was dominant in winning the Highway race three weeks ago at Randwick, the Albury-based mare now rises 4kg to the 58.5kg and has to come from barrier nine. While she did settle last and breeze past the field in brilliant fashion, she is unlikely to get similar favours on this tighter course, whereas Billiondollarbaby will be making her own luck in front. The Peter & Paul Snowden-trained filly has drawn perfectly in barrier two, which will see her set the pace and take some serious running down. The daughter of I Am Invincible led all of the way over 1200m on debut at Canterbury when defeating Port Louis, who has since run very well in Group 1 races. This filly has had two good trials over 735m and 1050m respectively which will have her ready to go first-up at 1250m. She could be a Group 1 winner at some stage this spring.

Next Best at Kensington: Jojo Was A Man

John Thompson and Nash Rawiller combine in the final race of the day with promising four-year-old Jojo Was A Man. The son of Al Maher has had just two career starts, both at this track, winning very well on debut before fading to finish fourth at his next start prior to a spell. Both runs have been at the 1400m, so 1100m first-up is a bit of an unknown, but the gelding has had two sharp trials which should have him fit enough and slick enough to be competitive at the shorter trip. Rawiller has ridden Jojo Was A Man in all trials and races, so he knows the horse very well. Drawn ideally in barrier four, Rawiller will have plenty of options, with the more likely scenario being that he will be right on the speed and allowed to spring quickly at the top of the straight. A lack of speed in this race should play right into this horse’s hands.

The Hawkes stable take three runners to the races on Wednesday, and while two are guaranteed of a start, Fire will require one scratching to come out of the second race of the day to make the final field. The three-year-old has only been to the races once, where he settled up on the speed and faded to finish eight, but the Hawkes stable immediately tipped him out, gave him a spell and gelded him, which we think is what will really bring him on this spring. The son of Fastnet Rock has since trialled up very well, running second to Remarque over 900m at Rosehill on July 30 and then winning over 892m at that same course on August 13. If Fire gets a start, Tommy Berry will partner from the wide alley, and if his trials are anything to go by, he should cross over, find the front, control the race and take some serious running down. He looks to have come back well.