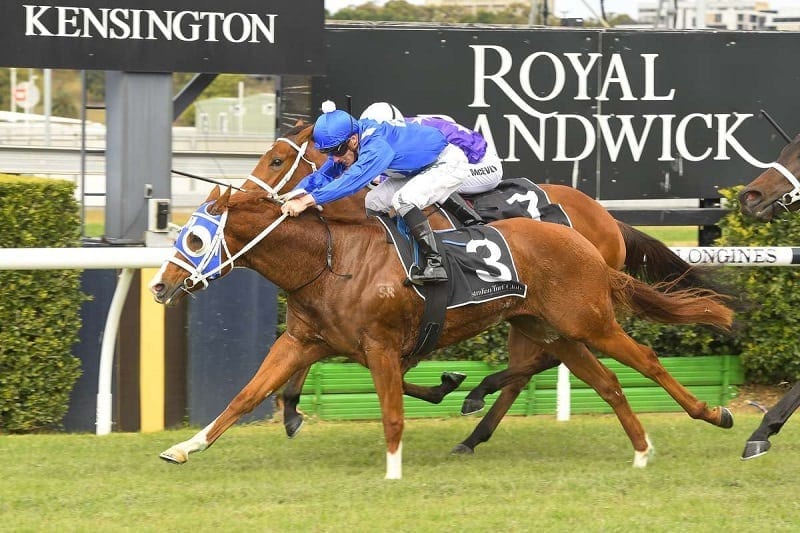 HorseBetting’s Sydney form analyst brings you his best bets and quaddie selections for the seven-race midweek metropolitan meeting at the Randwick-Kensington track this Wednesday. The track is rated a Soft 7 and the rail will be out 4m for the entire course. The field for the first race is due to face the starter at 12:50pm AEST.

While we are all for giving the little guy a go, Wednesday looks a good card for the powerhouse Chris Waller stable, so we are tipping him to win three races. In the fourth, he partners with James McDonald with three-year-old gelding Hot Spring Gold. The son of Written Tycoon was well supported last time out at this track and looked to have the race shot to bits until the odds-on favourite, Skedaddle, lifted off the canvas to score by a length. Drawn in the inside barrier on Wednesday over the 1300m again, McDonald should have him settling in the first half of the field and well and truly within striking distance in the straight. Hot Spring Gold has placed three times on the Kenso track without winning, but this looks his race.

Next Best at Kensington: Irish Angel

Chris Waller will this time combine with Hugh Bowman in the last race of the day. Irish Angel has had two runs this time in for a win and a second and drops back from Saturday metropolitan level to a midweek metro race. The four-year-old Not A Single Doubt mare has been a bit of an enigma in the past, placing on eight occasions, but she looks to have sorted out her racing manners and could be one to follow this campaign. Bowman will be able to give her a good steer from barrier three on her favoured Soft track, and with enough speed engaged, she can be finishing strongly over the top if the runs appear.

We aren’t mixing it up from Chris Waller, but it is good to see that we have three different jockeys to cheer home on Wednesday. In the fifth, apprentice hoop Brock Ryan takes the ride on five-year-old gelding Accountability in an 1800m Benchmark 72. The son of Dubawi was allocated the top weight, but after Ryan’s 2kg claim, he will be racing with a very manageable 59.5kg. This gelding has had three runs this campaign, finishing midfield in all three races on Saturdays in town, and while on paper that does not look too flash, the horses that have finished in front of him include a few subsequent winners – namely Oscar Zulu and Steely, with Wicklow and dual-placed stablemate Great House also ahead of him. That form looks good enough for this race.