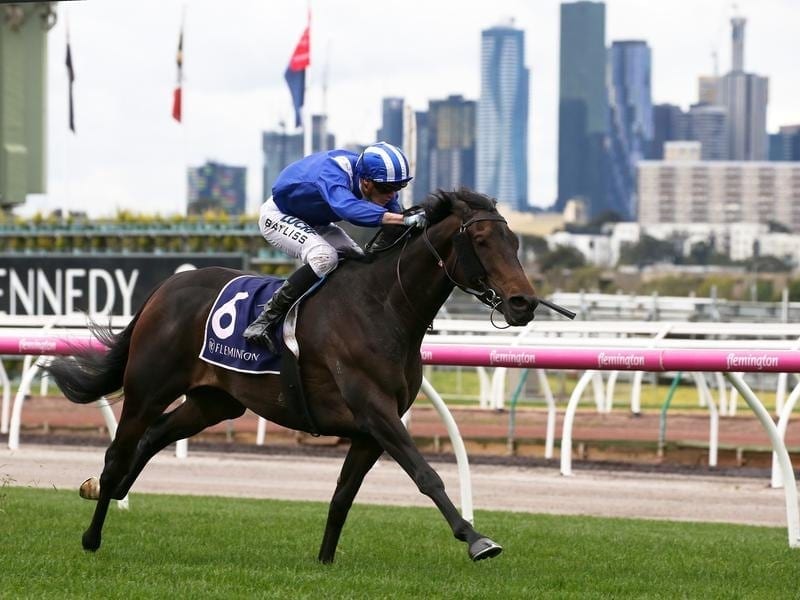 Trainer David Hayes says Jaameh will be aimed at a Melbourne Cup qualifier after his Flemington win.

Lindsay Park has an early spring target for imported stayer Jaameh it hopes will lead to a bigger prize at Flemington.

Senior trainer David Hayes said the Group Three The Bart Cummings at Flemington in October was the stable’s initial goal for Jaameh after his win in Saturday’s VRC Member Maureen O’Connell Handicap (2510m).

Success in the The Bart Cummings gains the winner entry into the Melbourne Cup on November 6.

“We’ll go to the Bart Cummings and get qualified hopefully,” Hayes said.

“That’s the way we’ll definitely go with one run in between.”

Hayes said Jaameh had settled in well to Australian conditions after doing his early racing in England.

“I think he’s improved out here with a bit of sun on his back and I loved the way he took that extra furlong to pull up.

“With stayers heading to longer races you always look at how quickly they stop.

“It was a truly run race and a true staying test that ended up in a dominant performance.”

The victory continued the successful start to the season for Lindsay Park and followed a five-win haul at Geelong on Friday.