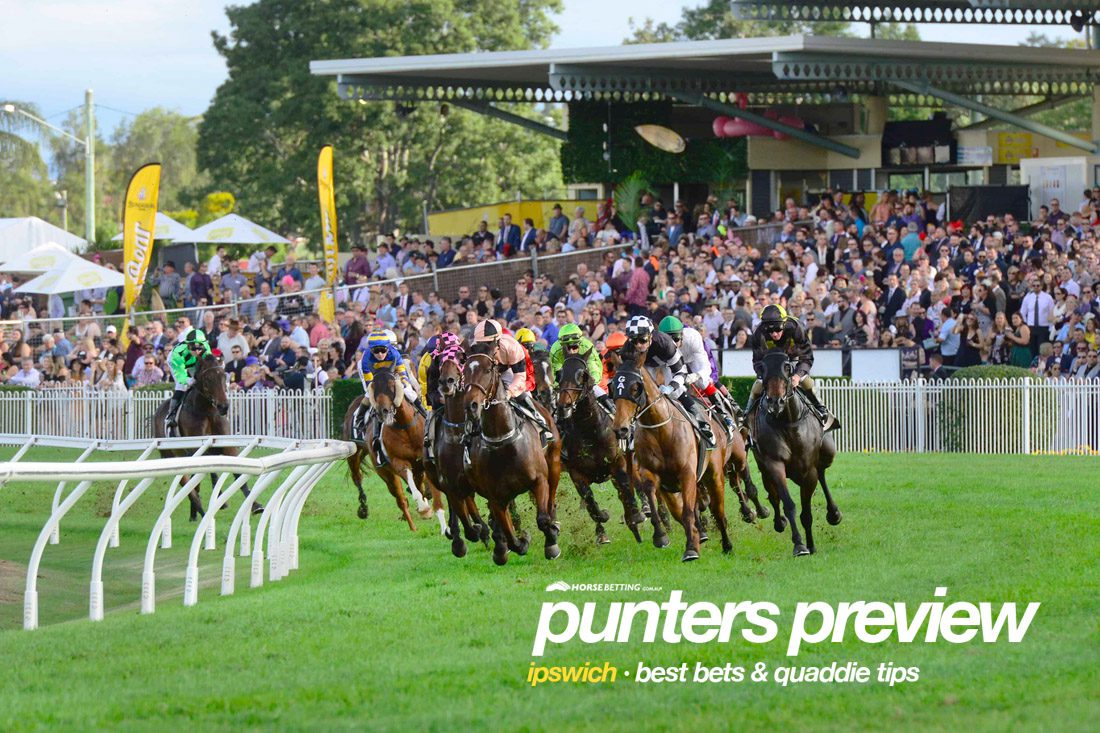 Nine races will be run and won at Ipswich on Wednesday, with big fields the order of the afternoon. The track is rated a Good 4, the rail is out 4m for the entire course, and racing is scheduled to begin at 11:58am AEST. HorseBetting’s Queensland form analyst provides his best bets and quaddie selections for the day, along with odds from Australia’s best bookmakers.

It is a very competitive race this fourth one, but if Plutocrat can race like he trialled at Doomben on Tuesday, she can be winning. The Chris Anderson-trained mare won at the end of last prep over 1350m here at Ipswich before going for a spell for the end of summer and beginning of autumn. The four-year-old daughter of Rich Enuff has trialled twice in preparation for this first-up assignment, defeating Ingear and Smart Image in her first trial, and then fending off Miss Hipstar while leading all of the way last week over 1000m in a Doomben trial. She is a winner first-up in the past, she’s undefeated at Ipswich and won’t have to do much work at all from barrier six under Kyle Wilson-Taylor, who claims 1.5kg off the allocated 59kg. She can win again.

We’ve been waiting to see this guy back at the races for a little while now, but Soothsayer makes his return on Wednesday. The son of Divine Prophet could not have been anymore impressive when breaking his maiden status in late January on the Sunshine Coast, kicking clear to win by nearly four lengths over 1300m at just his second start. The gelding raced on debut at this track and distance, finishing fifth behind Wild Botanica. His recent trial was good on the Gold Coast and he now looks well suited to return as a winner.

Uzerli went pretty well first-up at the Sunshine Coast on April 10, chasing hard behind Nic Me Some in a 1200m Maiden. The Gary Duncan-trained mare is that sort of horse, though, with five runner-up performances from 12 career starts including a half-length defeat to Gypsy Goddess in October. First-up, the daughter of Outreach was against the boys, but on Wednesday she will race her own sex over 1200m yet again, so she looks very well placed to get the job done at last. Stephanie Thornton retains the ride, so we expect her to have to ride it similarly due to the wide barrier, but provided that Uzerli can sustain the run, she can be getting the monkey off her back.