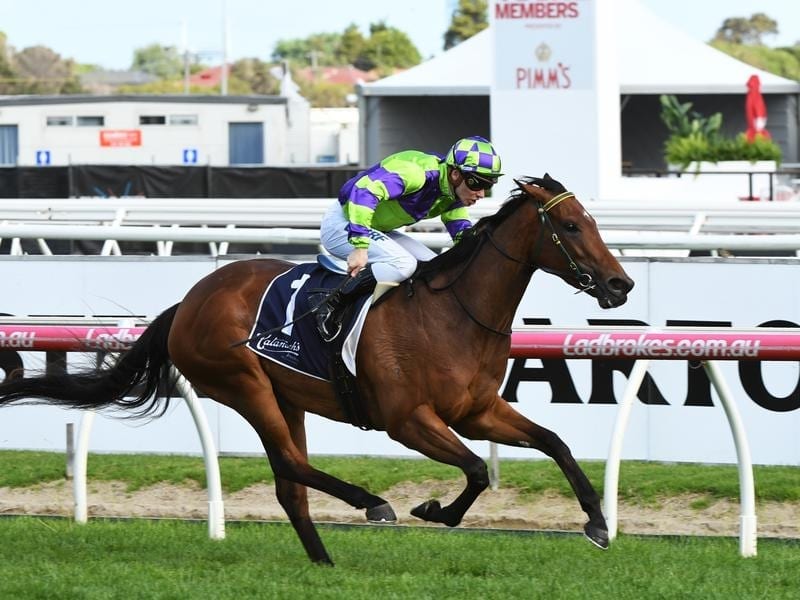 I Am A Star will be out to build on her Melbourne Cup carnival record in the Empire Rose Stakes.

Mornington-based Shane Nichols is looking forward to I Am A Star’s attempt at creating another piece of history in the Group One Empire Rose Stakes.

I Am A Star became the first three-year-old to win the Group One race restricted to fillies and mares and two years later is aiming to be the first dual winner at Flemington on Saturday.

“It’s one thing to be the first three-year-old filly to win the race but it would really be a feather in her cap to come back as a mature five-year-old mare and win it again,” Nichols said.

“She couldn’t be going any better and she’s drawn well and races on the speed.

“There’s a lot of boxes ticked and I wouldn’t swap her for any other runner in the race.”

Three-year-old fillies are aiming for a hat-trick after Shoals won the race last year.

Nichols said it would take an exceptional filly to complete the hat-trick.

“We won it with 49 kilos and there’s been a lot try that couldn’t do it and Shoals is a very good horse,” Nichols said.

“She (Shoals) is now a three-time Group One winner from not many starts.

“She’s a mare that could easily beat the boys and if not set for The Everest she could have won a Toorak or one of those races.

“Even though the three-year-olds have won it over the past couple of years, they have to be good to beat the older mares before Christmas.”

I Am A Star is a $13 chance and sits on the fifth line of betting with three-year-old Amphitrite the $4.60 favourite.

Nichols is often surprised at I Am A Star’s price and said back at weight-for-age against her own sex she’ll be hard to beat.

“I wanted to be at our peak at the Stocks Stakes and to hold it for three runs into this race,” he said.

“The only change we had was not going to the Toorak because she drew bad, but she ran three days later and that gave us two-and-a-half weeks into this race instead of three which is not that consequential.

“I’m pretty happy with how my horse is going to present.

“Her blood picture is pretty perfect, her work’s been excellent and she looks the best she’s looked all preparation.”