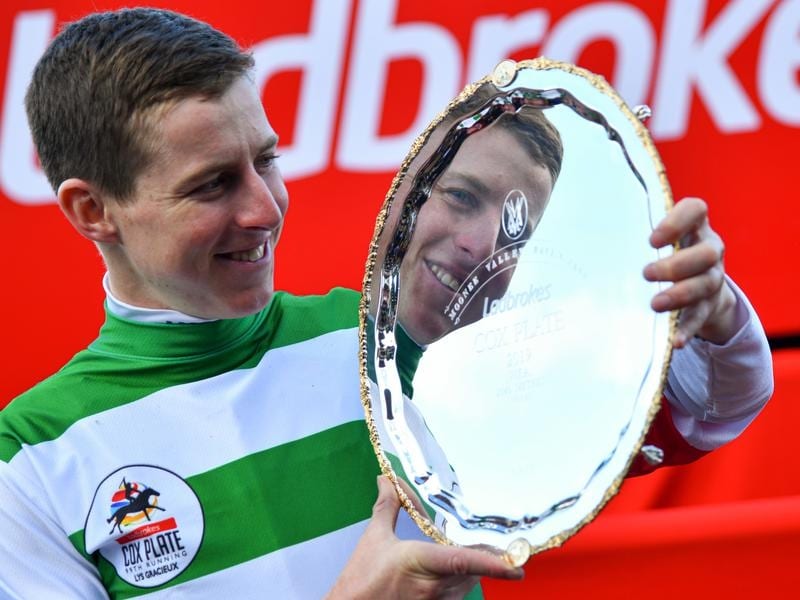 Damian Lane has become one of the most reliable jockeys in the Victorian racing ranks, but how many times has he won the coveted Melbourne Cup? HorseBetting takes a look at Lane’s record in the race that stops a nation.

Damian Lane is yet to claim a victory in the Melbourne Cup, but it is the only race eluding him in regards to completing the career grand slam. Having won the Cox Plate, Caulfield Cup and the Golden Slipper, if Lane can win Australia’s greatest race, he will become just the eight jockey to complete the feat.

Which horse is Damian Lane riding in the Melbourne Cup?

Damian Lane is set to reunite with the Murray Baker & Andrew Forsman-trained The Chosen One in the Melbourne Cup having ridden the Kiwi in the Caulfield Cup when finishing 14th, beaten 11.35 lengths. His run two starts back in the Herbert Power Stakes suggested he was a live chance heading into the Caulfield Cup, but on the back of his defeat there, it is hard to see how he features in the finish of the 2021 Melbourne Cup.

Career stats for The Chosen One