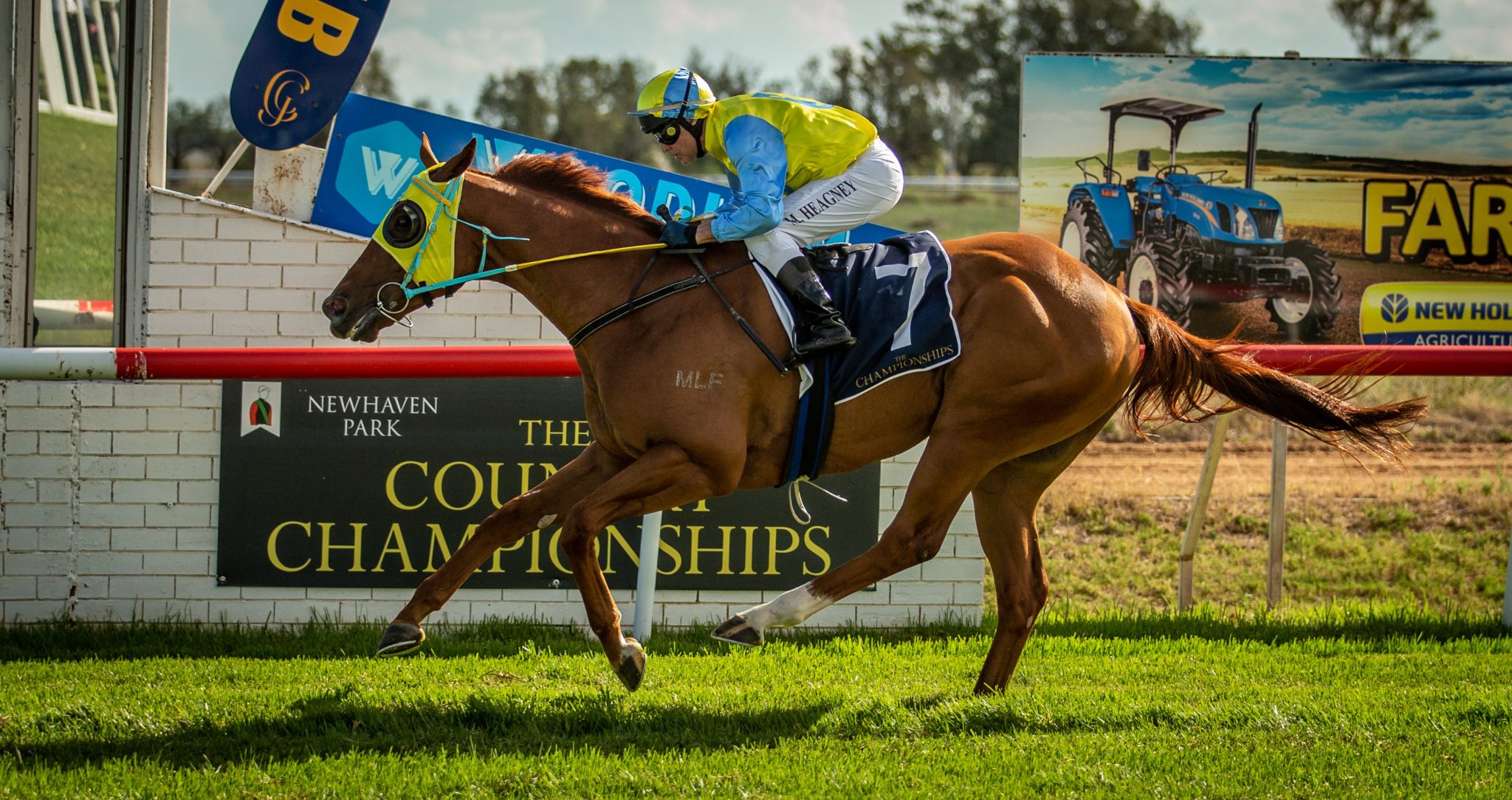 Great Buy and Amulet Street are off to NSW Country Championships Final while Hugh Bowman and James McDonald have found themselves in the Coonamble stewards room.

On Wednesday, Dubbo Trainer Brett Robb celebrated the birth of his son Archie with partner Maddy Wright. On Sunday, his horse Great Buy gained a start in the $500,000 Newhaven Park Country Championships Final at Randwick on April 2, leading all the way to win Sundays $150,000 Western Districts Qualifier (1400m) at Coonamble.

Great Buy ($4) jumped into the lead from barrier 12, with jockey Michael Heagney spending the first half of the race trying to get the five year old Helmet gelding to settle. Letting down into the straight, Great Buy pulled away from the rest of the field with only Clint Lundholm trained Amulet Street ($3.60F) hot on his tail. In what turned into a two horse race, Great Buy was not giving up the lead, crossing 2.12L in front of Amulet Street with Ferus ($6), also trained by Lundholm, 5.16L away third.

Formally named Yulong Savings and trained by Tony and Calvin McEvoy, the five year old Helmet gelding was purchased by Robb and his brother-in-law Tony Kilmartin for $25,000 via an online sale just under two years ago. He was picked out by Robb’s sister Jodi Kilmartin and the Dubbo trainer admits that he wasn’t a fan of the horse at the time.

Great Buy had his first race start for Robb in October 2020. This was their second shot at The Championships with the horse. On track to the qualifier last year, Great Buy threw Robb and charged into a fence injuring a shoulder.

“He recovered in time to tackle the race second-up but the preparation didn’t go to plan and he finished midfield.”

Bringing him in this preparation, part-owner Tony Kilmartin said “what do you reckon, go to the Country Championships?’’ Robb said.

“I said ‘nah I mollycoddled him last year, we’ll get him in and try to win a race with him’.

“But everything has worked out good with him, touch wood, he’s come right about the right time. If Great Buy won the Championships it’d top the week right off.”

And top the week off it has.

Robb said that the only thing that would have made winning the race better was if (partner) Maddy could have been there. But after just having given birth four days previous, she was cheering on from home in Dubbo.

“When she called me after the race I don’t think she stopped crying for 10 minutes. She’s been the backbone of this whole thing.

“I thought it was big when we won the Picnic Championship (with On A Promise at Coonamble in September) but this is a different feeling.”

Amulet Street, ridden by Hugh Bowman, also secured his spot in the final. The Epaulette gelding has been racing well for Dubbo trainer Clint Lundholm. Purchased as a tried horse from Godolphin with The Championships in mind, he now has two wins and three seconds from as many starts in his new stable.

Sitting just behind the leader for much of the duration of the race, he ran on hitting the line well but was unable to get past Great Buy. Lundholm said after the race that regardless of what happens in the final at Randwick, Amulet Street is a horse of the future.

“The horse went super. Hugh gave him every possible chance, the other horse was just better.

“He was spot on today, he’s only young and we’ve got plenty of racing left in him.”

Great Buy is currently sitting at $26 and Amulet Street $34 with online bookmakers for the Final.

Hugh Bowman and James McDonald made the trek to the NSW Western District town of Coonamble after riding at Flemington yesterday. Both steering home two winners for the day.

Both also found themselves in the stewards room after the running of Race 3, when McDonalds mount Father’s Day (IRE) ($2.20EF), trained by Bjorn Baker, lead from the jump and had the rails run from barrier one, but shifted out dramatically passing the 400m mark and was all over the track down the straight.

Kristen Buchanan trained Oakfield Storm ($5.50) being steered by Aaron Bullock, made a run down the inside managing to avoid interference and gaining the lead from the erratic Father’s Day, crossing the line 0.6L in front of the Exceed and Excel entire. But the Cody Morgan trained Hombre ($2.20EF), ridden by Hugh Bowman, was badly interfered with down the straight by Father’s Day, finishing 2.91L away third. A protest from third placed Hombre against second placed Father’s Day was upheld.

Speaking to Greg Radley after winning Race 5 for Cody Morgan on Impactful, McDonald said “It’s been quite eventful, obviously they’re running well, but a bit wayward. I’ve tested the whole track out, it’s all perfect I reckon.”

“But it’s been great fun so far, it’s such a good event and great to see so many people out.

On being asked by Radley if he had been on a more erratic horse than Father’s Day,

“No, not in my whole entire career, even growing up. That was as bad as they come and he was just jog trotting on the corner and obviously being a stallion he probably had a good think about things and darted left.

“I felt sorry for whoever was on my outside, old “Hughey”, it could have ended up in a disaster, but he managed to regroup himself and go again.”

“I reckon one place you never though you would be would be a stewards room at Coonamble with Hugh Bowman?” asked Radley,

“Yeah, especially fighting out a protest too, of all things.

“If you were a betting man it would have paid a fair bit!” McDonald replied.

Next Sunday March 20 see’s the running of the Wildcard at Scone, giving one last opportunity to claim a spot in the Country Championships Final on April 2.