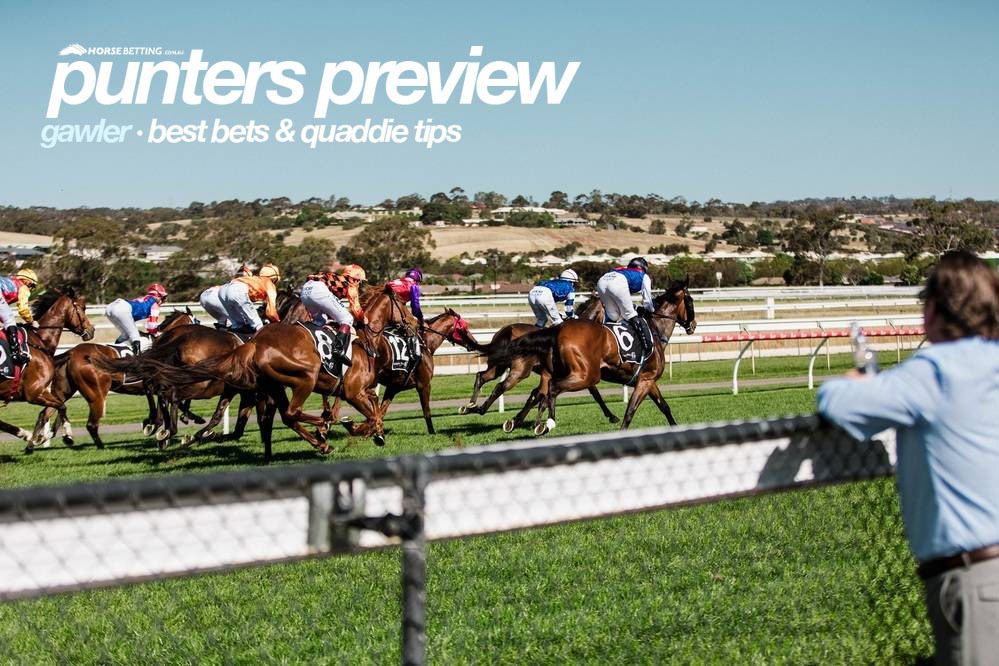 Gawler & Barossa Jockey Club is scheduled to host a nine-race card on Saturday, and HorseBetting’s SA tipping expert presents his top tips and quaddie picks as well as odds from Australia’s best betting sites. The track is rated a Good 4, the rail is out 3m from 800-400m and then true for the remainder, and racing is set to commence at 12:22pm ACDT (12:52 AEDT).

We need to wait until the final race for our best bet when the Grant Kluske-trained Tanja’s Dream steps out over 1100m. Having won four of her last six career starts, the four-year-old simply has a will to win. We’re happy to rule a line through her last-start ninth at Murray Bridge on January 1, where she simply got no luck upon settling and needed to be four wide with no cover throughout. Prior to that, she was a dominant all-the-way winner at this track and distance with 57.5kg on her back. This race is no harder than that, and she is set to go around with 58.5kg on her back following Ben Price’s claim. If she can cross from barrier eight, Tanja’s Dream will take some running down and should send us home a winner.

Next Best at Gawler – Lake’s Folly

The Michael Hickmott-trained Lake’s Folly is as honest as the day is long, and despite not winning in close to six months, Saturday looks to be his day. The five-year-old son of Pierro put in a rare poor performance last time out, but considering he had three minor placings in a row prior to that, he should take some beating at Gawler. He will need to head back towards the rear of the field from barrier 12, and Ben Price’s 3kg claim will only aid his chances of running on from the back. With a genuine tempo expected up in front, Lake’s Folly is set to have the last look at them and should prove too hard to hold out.

The Jon O’Connor-trained Our Deep Agenda returns to the Gawler 1500m, a track and distance where he has two wins from three starts. The five-year-old son of Deep Field had managed to string together three straight wins earlier in his campaign, and on the back of consecutive fourth-place finishes at 1200m, he looks like he’ll appreciate the step back up to 1500m. Under the steady hands of Jason Holder, we expect to see Our Deep Agenda take up the running and ultimately prove too hard to run down once again at the track and distance. The double-digit odds on offer with online bookmakers are too good to refuse.