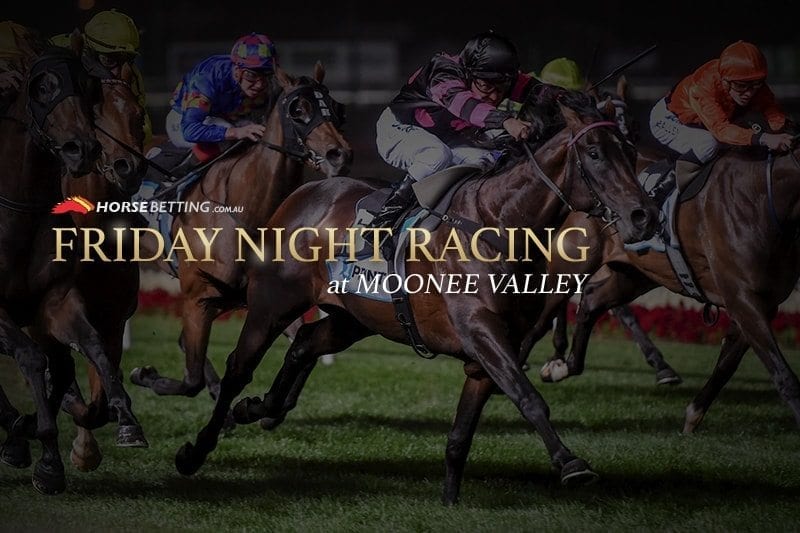 THE Friday night fixture of Moonee Valley is back to round out your working week in the right fashion.

The Valley always puts on an entertaining night of racing and this Friday is no exception.

Looking for a new bookmaker ahead of the Valley’s card?

Circomo has finished outside the top-two just once in its five race career, finishing less than a combined two lengths over those four runs. The horse draws a great gate here and will be hard to hold out.

Shalwa was a strong winner on debut at Kyneton, and while it has failed to win in two subsequent attempts, the horse has only missed out by a single combined length. The horse remains at the grading it finished second at last time out, but drops weight. We think Shalwa is going to relish the mile.

Branksome Chimes comes into the race after breaking the maiden in great style at Ballarat. The horse won by two and a half lengths that day and with natural progression it should improve even further. From gate three the Weir runner should look to go forward and win this from the front.

Hunamosa has been making great progression since winning a BM70 contest at Kyneton. The horse subsequently ventured to the city, finishing fifth at Caulfield before a strong third on January 17. We think it’ll all come together at the Valley for Hunamosa.

Straviera is hunting a hat-trick and is well placed to get the job done. The horse has won twice at this distance and is really extremely well this preparation. We’re backing it in.

Knight Commander is a horse on the rise. The horse has won three races from five attempts and a win on Friday night would be the horse’s third-straight success. The claim from Ethan Brown will be telling here.

The resuming True Excelsior has a great record of one win and a placing from two first-up attempts and we think it’s right in the mix here. The horse trailed beautifully leading into this one and will be the runner to beat.