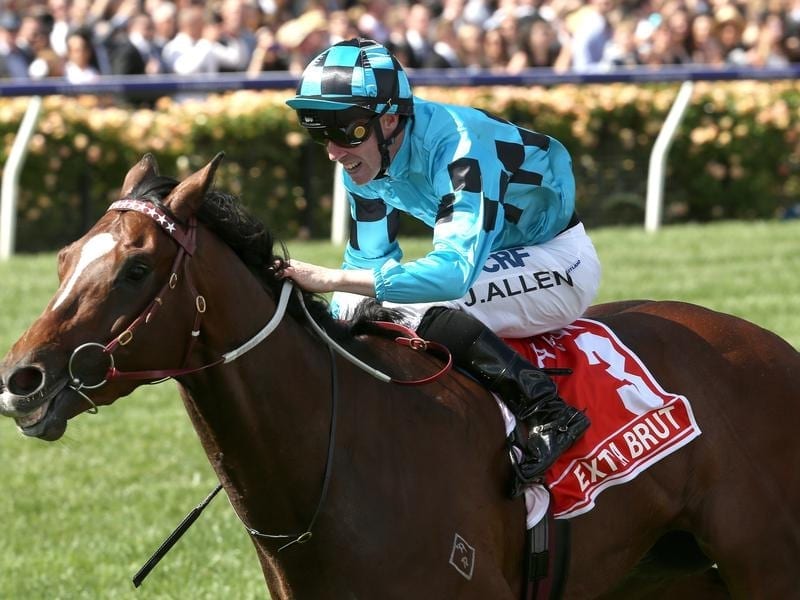 Victoria Derby winner Extra Brut has been sold to do his future racing in Hong Kong.

Trainer Ciaron Maher says Extra Brut is the ideal type for the Hong Kong Derby after his sale racing in the Asian racing capital.

In two starts Extra Brut finished 10th in the CS Hayes Stakes at Flemington before running 13th in the Australian Guineas behind Mystic Journey.

“I didn’t have him that long but he showed me he is a very high quality horse,” Maher said.

“He had two runs for us where he didn’t get any luck but he’s certainly a lovely horse.

“I think he’ll be suited in Hong Kong as he’s an on top of the ground horse and I think he’d be an ideal Hong Kong Derby horse.”

After winning the Alister Clark Stakes at Moonee Valley, Global Exchange was a last-start sixth to Angel Of Truth in the ATC Australian Derby.

“It’s not ideal losing two quality horse but it’s hard to knock it back,” Maher said.