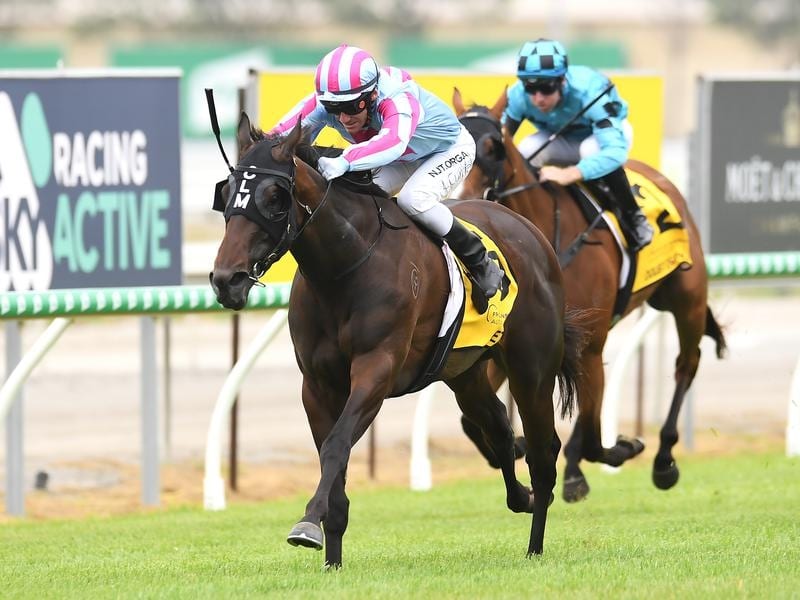 Etana will be joined by stablemate Mask Of Time in the Listed Wayne Wilson Memorial Mile (1600m).

The Wilson Mile is named after the late racecaller Wayne Wilson who died in 2014 after a long battle with cancer.

The race is usually run at Eagle Farm or Doomben but due to the winter carnival being reshaped because of coronavirus restrictions it is being held at the Sunshine Coast.

The restrictions have also seen Queensland running two metropolitan race meetings on a Friday and Saturday with the Sunshine Coast having half the feature races and the Gold Coast the other half.

Maher and Eustace have been great supporters of the Queensland carnivals, winning Group One races such as the Stradbroke Handicap and Tatts’ Tiara with Srikandi, the Doomben Cup (Kenedna) and Queensland Derby (Ruthven).

This season has also been good for them in Queensland with wins in the Magic Millions 2YO Classic (Away Game), Listed Calaway Stakes (Away Game) and Listed Phelan Ready Stakes (Rathlin).

Etana is on her third trip to Queensland and opened her her winter mission with a solid third over 1400m at the Sunshine Coast three weeks ago.

The mare has a good Queensland record and as a three-year-old she won the Group Two Doomben Roses before pulling up sore when well beaten in the Group One Queensland Oaks.

Etana was back in Queensland in January and won the Magic Millions Quality before having one run in the Sydney autumn for an eighth in the Parramatta Cup at Rosehill on February 22.

Annabel Neasham, who runs the Maher-Eustace partnership’s Sydney stable, said Etana had continued to do well since her initial Queensland run this campaign.

“She appears to have gone on with it and we were very happy with the first up run,” Neasham said.

“Stepping up to 1600m will be a help and she is down on the minimum weight here which is handy for a Group Two winner.

“We always planned to give her three runs this time and from Friday she will probably head to the Chairman’s Handicap (2000m) at Doomben in a fortnight.”