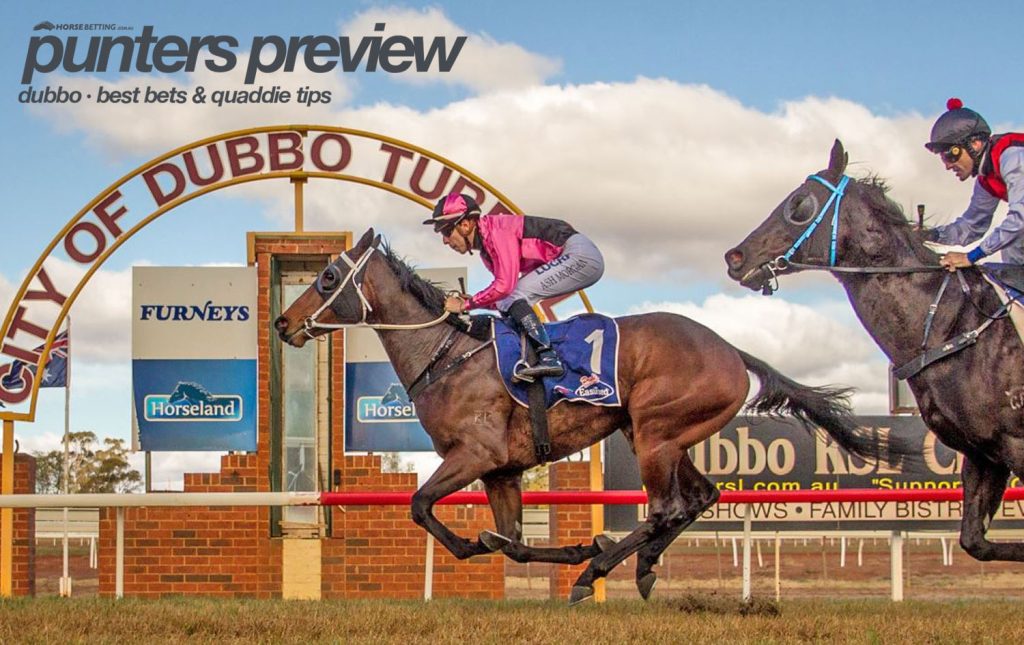 Dubbo Turf Club will play host to eight races on Sunday, June 26, and HorseBetting’s New South Wales form analyst presents his best bets and quaddie numbers for the program. The track is rated a Soft 5, and the rail is out 3m from the 900m to the 400m and set true for the remainder of the course. The first races is scheduled to jump at 12:06pm AEST.

Gallant Star won like a good horse at this track and distance on debut back on June 10, blowing his rivals away to get home by 4.25 lengths. The two-year-old son of Zoustar has to take it to another level in Class 1 company now against the older horses, but everything suggests it will be no problem. Drawn sweetly in barrier one, Clayton Gallagher will take the Brett Robb-trained youngster towards the lead, which should give him every chance of proving too strong once again.

Next Best at Dubbo – Justfour

After four consecutive placings to start this preparation, Mary Moses’ Justfour looks ready to win one at last. The filly by Zoustar has had a good grounding to date, so she will be fit coming into this Benchmark 58 over the 1310m. She hit the line well at this course and distance on June 10, coming from well back to run third when favourite. She had to lug the grandstand on that occasion, so she should appreciate the drop to 59kg, while she meets the winner of that race 4kg better on Sunday. This is her race to win and the $5 with online bookmakers is appealing.

Tracey Bartley and Aaron Bullock combine in the final race of the day with last-start winner Senseiche. The three-year-old gelding has only won two races and both of those have been at Tamworth, but he won stylishly there last time out to suggest he can win again. The son of Headwater has drawn the inside alley on Sunday, which will give Bullock plenty of options as to where he wants to settle down. The rise to 1410m should suit, while the 1kg drop in weight to 58kg should be well received.