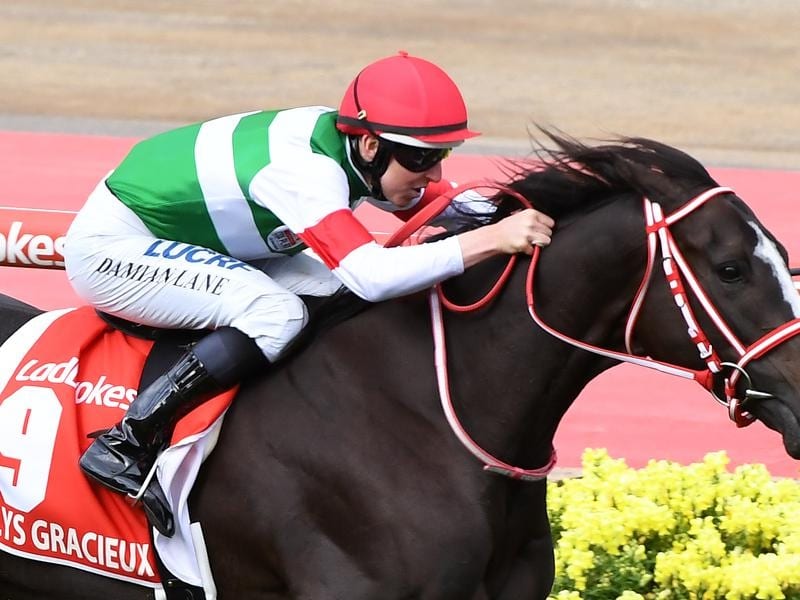 Damian Lane will ride Cox Plate winner Lys Gracieux when she has her final race in the Arima Kinen.

Damian Lane will be reunited with Cox Plate winner Lys Gracieux when she has her last race in the Arima Kinen in Japan.

Although short-term licences have been issued for 2019, the JRA has made an exception for Lane who spent some time riding in Japan earlier this year.

Ten runners in the 16-horse field for the Arima Kinen at Nakayama over 2500m on December 22 are voted for by the public.

Lys Graceux, trained by Yoshita Yohagi, gave the Melbourne-based Lane his first Cox plate with her brilliant win in October.

The Arima Kinen is acknowledged as the world’s biggest betting race.