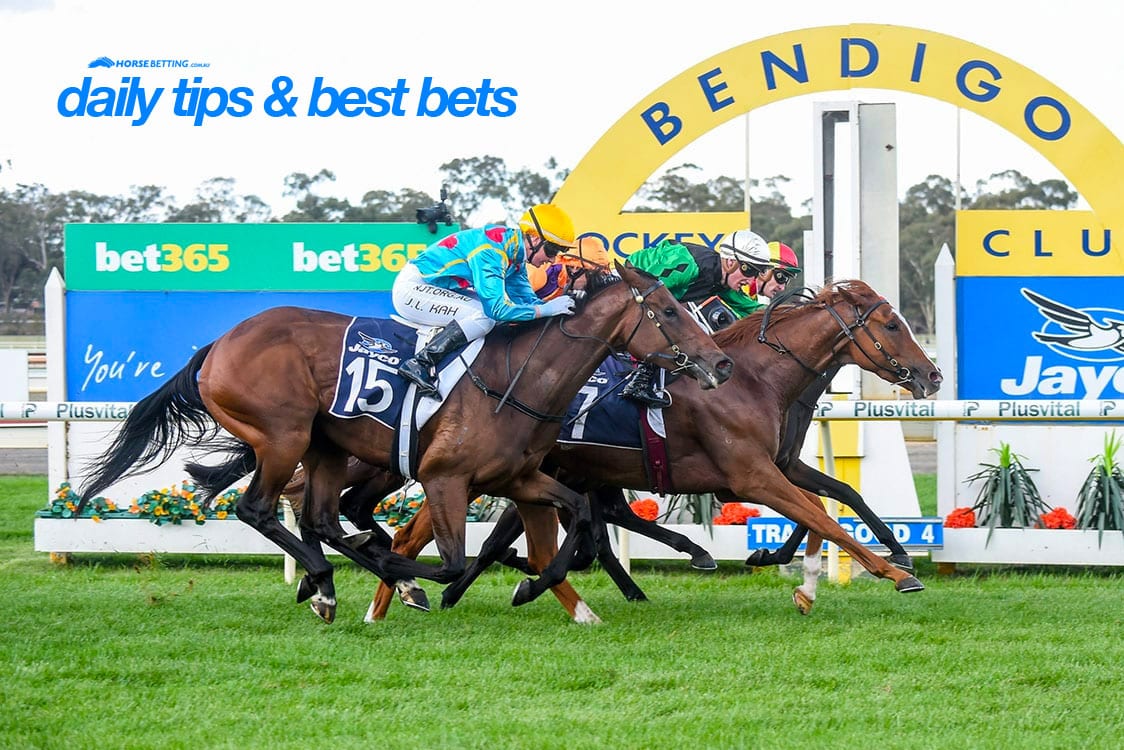 Bendigo Jockey Club is scheduled to host a nine-race card on Thursday afternoon, and HorseBetting.com.au’s Victorian form analyst brings you his best bets, top odds and free quaddie selections. The meeting is set to be run on a Soft 6 with the rail out 8m for the entire circuit, while racing is set to get underway at 12:30pm AEST at the ‘Nursery of Champions’.

Mick Price saddles up his three-year-old filly Journalese following a close second when first-up at Echuca on June 26. The daughter of Written Tycoon was a touch unlucky in being held up at a crucial time, but she made up plenty of ground out wide to only go down by the barest possible margin. She showed at Echuca that she can handle the sting out of the track, and with the long home straight that Bendigo possesses, she should be able to build through her gears and prove too hard to hold out under Jack Hill.

Next Best at Bendigo: Just Jake

In the third leg of the quaddie, the Hanna Powell-trained Just Jake comes back to a track where he is yet to finish outside of the top three in six runs. With two wins and three runner-up performances at Bendigo, we anticipate the four-year-old Reward For Effort gelding will be hard to beat despite a below-average performance at Sandown on June 30. His win two starts back at Bendigo over the 1400m in similar company on June 20 showed some class, as he settled no better than four deep without cover the entire race and went on to win by two lengths. A similar effort on Thursday should see him build on his strong Bendigo record (6:2-3-1).

The Christopher Davis-trained Villianaire has been racing in tougher company than what he faces on Thursday and presents good value as he looks to make it two wins from his past four starts. His win three starts back at Echuca was impressive when leading all the way, despite needing to get off the canvas to score. He seemingly does his best racing up on speed, and from barrier three Teo Nugent should have no issue in settling Villianaire on the pace and leading them home in the opening leg of the quaddie.