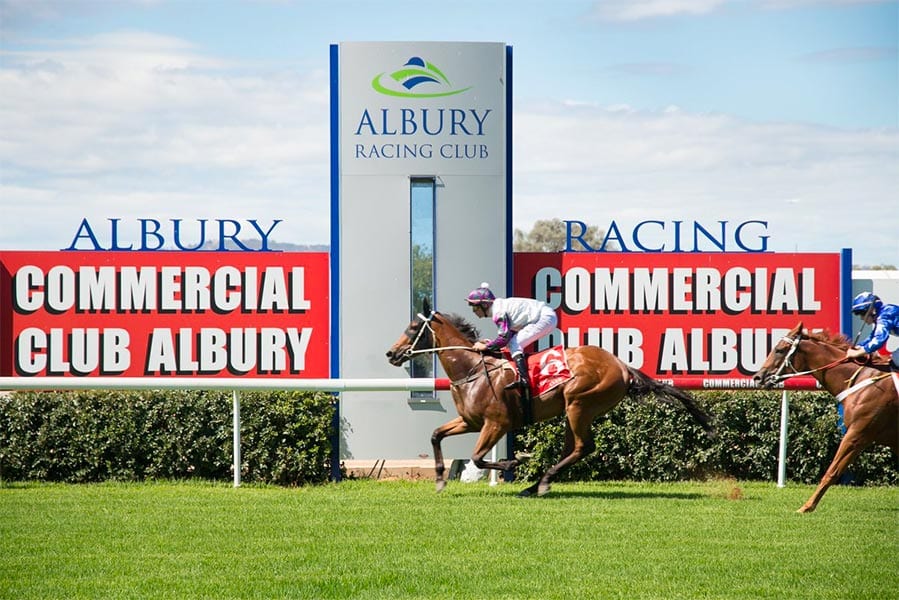 A seven-part card is scheduled for Albury Racing Club on Tuesday afternoon, and HorseBetting’s New South Wales form analyst presents his best bets and quaddie selections with odds from Australia’s top bookies. The track is rated a Heavy 9 with the rail returning to the true position, and the meeting is set to commence at 12:55pm AEST.

Three-year-old gelding Smuggler’s Bay was an impressive debut winner at Wagga on May 6, leading all of the way to win by 2.5 lengths. Trained by Ron Weston & John Nisbet, this son of Squamosa now lines up in a winnable 1000m Class 1 under Kayla Nisbet. Drawn out in barrier nine, we expect the gelding to be sent forward and lead, which should make him hard to catch again.

In the opening leg of the quaddie, the Mitch Beer-trained Seventh Seal looks perfectly placed to bring up a second win in three starts over the 1000m. The five-year-old Fastnet Rock gelding has two wins and two minor placings on Heavy ground, meaning he will almost certainly handle the rain-affected track on Tuesday. From barrier one, he draws to gain an economical run in transit. Despite finishing third when being beaten by the barest possible margin at Wagga on August 3, with even luck he should be simply too good for this BM66.

The Michael Travers-trained Mathrin drops to the 1000m following a maiden victory over the Wagga 1200m on August 8. Travers will take the ride himself, much the same as he did at Wagga last time out, and having drawn barrier one yet again, the pair should enjoy a similarly economical run. If Mathrin is afforded the same luck she got at her maiden win, we expect her to be too strong in the concluding stages once again.