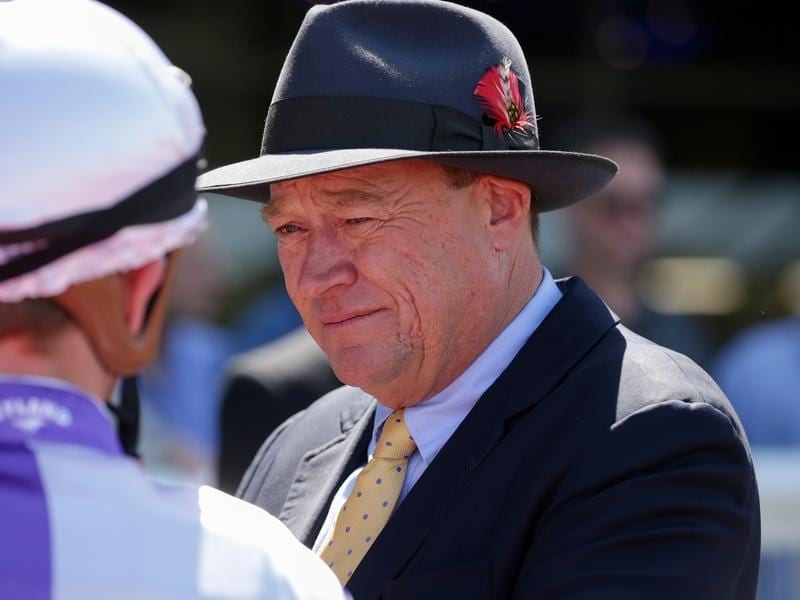 The Magic Millions Guineas is a target for Winning Partner who will be out to enhance his claims for the $2 million Gold Coast race when he runs in the VOBIS Gold Eureka Stockade at Ballarat.

Winning Partner is one of the horses Tony McEvoy is sending to compete at Saturday’s Ballarat Cup meeting while another of the trainer’s representatives will be Silvera who is set to run in the day’s feature race.

Three-year-old Winning Partner broke his maiden at his fifth start when he resumed at Bendigo over 1100m on October 31, drawing away late to win by 2-1/2-lengths.

“He fell out of the gates at Bendigo and didn’t show the speed we expected but he rounded those horses up very well,” McEvoy said.

“He has come on well and I think he will love the 1400 metres. It looks a very nice race for him.”

McEvoy said the aim was to take Winning Partner to the Magic Millions Guineas (1400m) for three-year-olds on January 12.

“He’s been a slow-maturing horse, but a very good horse,” he said.

“I reckon he just knocked up the other day,” McEvoy said.

“He pulled up a bit big. He hadn’t run since the Murray Bridge Cup (October 19) and I think he just did a bit well on me.

“I have trained him on strong since and he’s handled it well. And I think he will love the 2200 metres.”

The Chris Waller-trained Life Less Ordinary heads the weights with 60kg ahead of the Archie Alexander-trained Lord Fandango on 59.5kg.

There are 30 nominations with acceptances to be taken on Wednesday.

Silvera, to be ridden by Luke Currie, is on the 54kg limit.