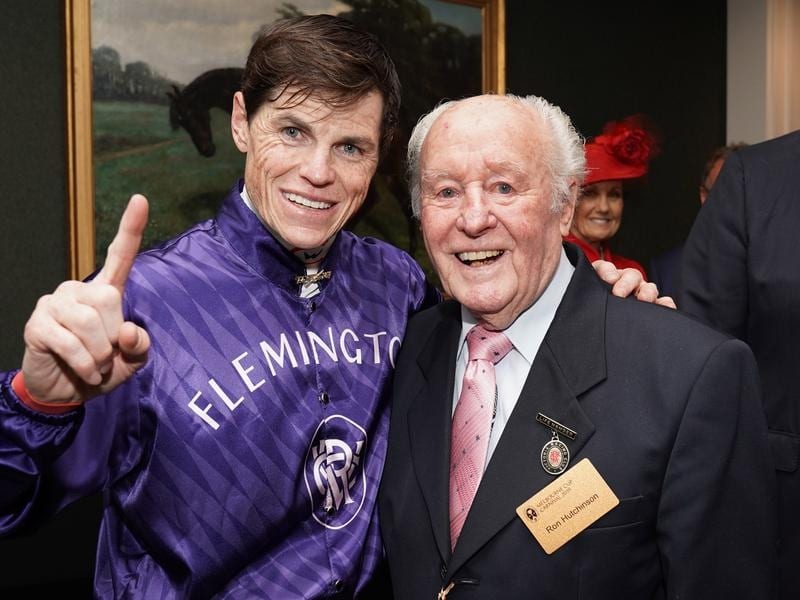 Two Group One wins, including the Melbourne Cup, and an Oaks day treble have helped Craig Williams claim the title of leading jockey for the four-day Melbourne Cup carnival at Flemington.

Williams took out the award named for Hall of Fame jockey Ron Hutchinson which carried with it a $50,000 prize.

Williams rode five winners during the week from 34 rides, highlighted by his first Melbourne Cup on Vow And Declare on Tuesday while he also won the Group One Cantala Stakes on the Matthew Smith-trained Fierce Impact.

Along with his wins, Williams also notched six seconds and four thirds.

Points were allocated on a 3-2-1 basis for top three finishes in every race across the carnival.

The Melbourne Cup also completed a set of Melbourne’s big three races for trainer Danny O’Brien who won the Caulfield Cup with Master O’Reilly 12 years ago and the Cox Plate with Shamus Award in 2013.

O’Brien had four stakes wins during the Cup carnival, including the Group Two Wakeful Stakes and Group One VRC Oaks with filly Miami Bound, but it was not enough to take out the J B Cummings Award as the week’s leading trainer.

That went to Chris Waller who recorded six wins across the four meetings highlighted by Nature Strip’s dominant victory in Saturday’s Group One Darley Sprint Classic.