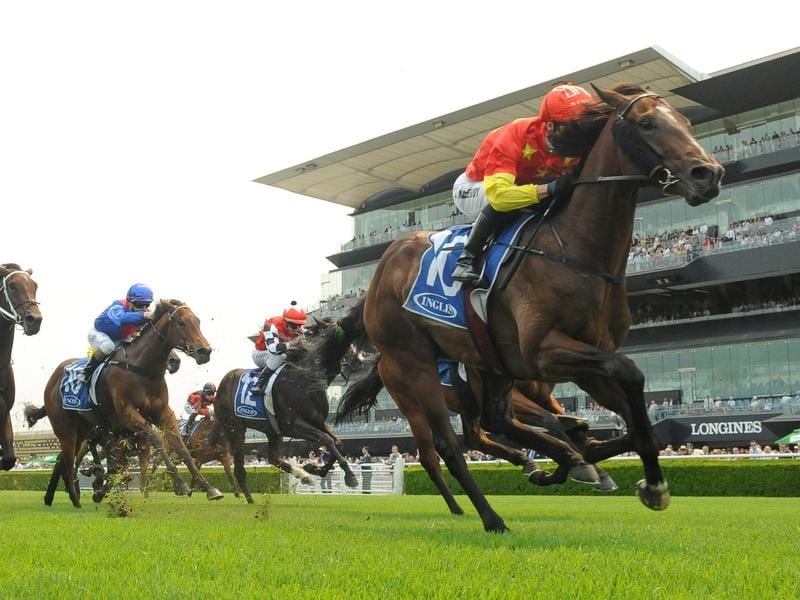 Wild Ruler will look to gain a slot for The Everest when he lines up in The Shorts (1100m) on Saturday at Randwick for his rematch with Nature Strip.

The four-year-old entire was no match first-up against the land’s fastest horse, running some 2.5 lengths back in second place in the Concorde Stakes on September 4, but his trainer believes he should improve second-up.

Wild Ruler is yet to win a Group 1 race, although he has always shown plenty of potential with two Group 2 wins to his name and over $1.5 million in prizemoney.

Set to line up in The Shorts this weekend, the Peter & Paul Snowden runner faces one of his biggest tests to date as connections remain hopeful of an Everest berth.

Lining up against confirmed six starters in next month’s $15 million sprint – Nature Strip, Rothfire, Lost And Running, Eduardo, Gytrash and Masked Crusader – Paul Snowden is hoping his horse can run up to expectations.

“We couldn’t be more happy with the way he ran first-up, knowing that how much improvement he’s got to come.

“He’s a horse that keeps producing under pressure.

“If I was a little bit critical of anything, maybe Sam (Clipperton) could’ve went probably 50 strides earlier.

“He definitely wouldn’t have beaten the winner, but he would’ve narrowed that margin between Nature Strip and Wild Ruler and we’d be thinking ‘what a slashing run’.”

While James McDonald has enjoyed success aboard Wild Ruler, he is booked to ride Nature Strip, although he had the chance to ride the Snowden galloper at trackwork on Tuesday morning and told the trainers that the horse is going very well.

“Obviously we’ve got the luxury of the jockeys being able to come into Randwick and James rides him quite a fair bit in his main work.

“We know we’ve got him where we need to be.”

Given that Wild Ruler has a poor record on rain-affected surfaces, Snowden says he is keeping his options open, with Friday week’s Group 1 Moir Stakes at Moonee Valley “on the table”.

The five-time winner is currently a $31 chance in The Shorts, while he is paying $26 in the Moir Stakes and $51 in The Everest.