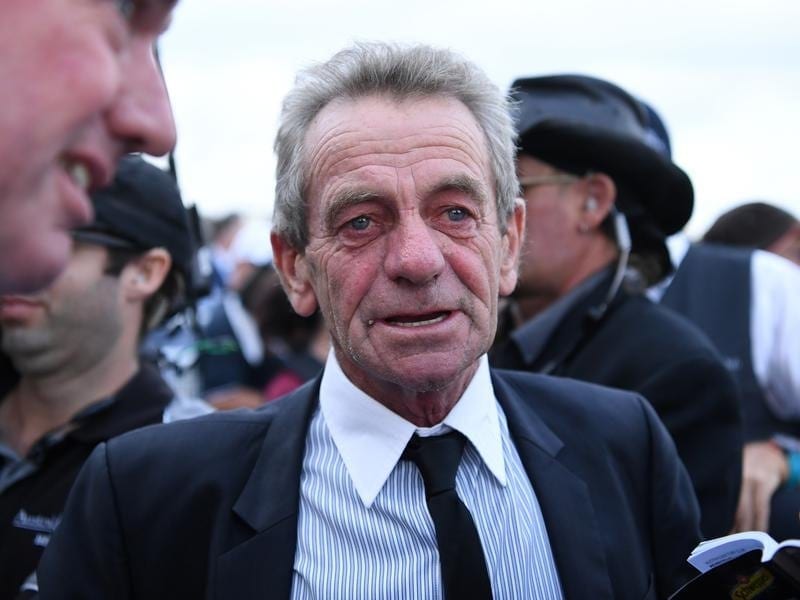 Trainer Gerald Ryan is looking forward to predicted rain for Samantha in the June Stks at Randwick.

If the rain comes to Sydney as predicted, trainer Gerald Ryan expects a reversal of form from Samantha in the Listed June Stakes at Randwick.

The mare finished last at her most recent start but having been fully vetted and found to have no issues, she will line up in the 1100m-race on Saturday.

Samantha has won four races, all on soft or heavy tracks with her biggest win so far in the Listed Fireball Stakes in March last year.

“We could not find anything amiss and all her form is on rain-affected tracks,” Ryan said.

“So we’re hoping that’s the case on Saturday.

“She worked extremely well this morning and I think she just needs the conditions to suit.

“But they have been saying for some time now that it’s going to rain and it hasn’t.”

Rain is forecast in Sydney for the early part of this week and again on race day.

That is good news for Victorian trainer Mick Bell and wet track specialist Jungle Edge, the highest rated at 106 of the 21 nominations taken on Monday.

Bell withdrew him from the Brisbane carnival after he ran last in the Group Two Victory Stakes on a good track.

He has kept Jungle Edge in work with a view to Sydney and Melbourne tracks getting the moisture he needs.

Jungle Edge is also entered for a 1000m-handicap at Flemington on Saturday.

While Ryan wants rain for Samantha, he would prefer a firm track for last-start winner Albumin in the benchmark 80 handicap for three-year-olds.

Albumin claimed his first victory since August last year with a decisive win over 1100 metres at Rosehill on May 19.

“He’s been on rain-affected tracks twice and he hasn’t performed on them so he needs it firm,” Ryan said.

Ryan had considered taking Albumin to Queensland for the Listed Daybreak Lover Stakes but with the possibility of rain in Brisbane, followed by the transfer of the race from Doomben on Saturday to the Sunshine Coast on Sunday, he opted against it.