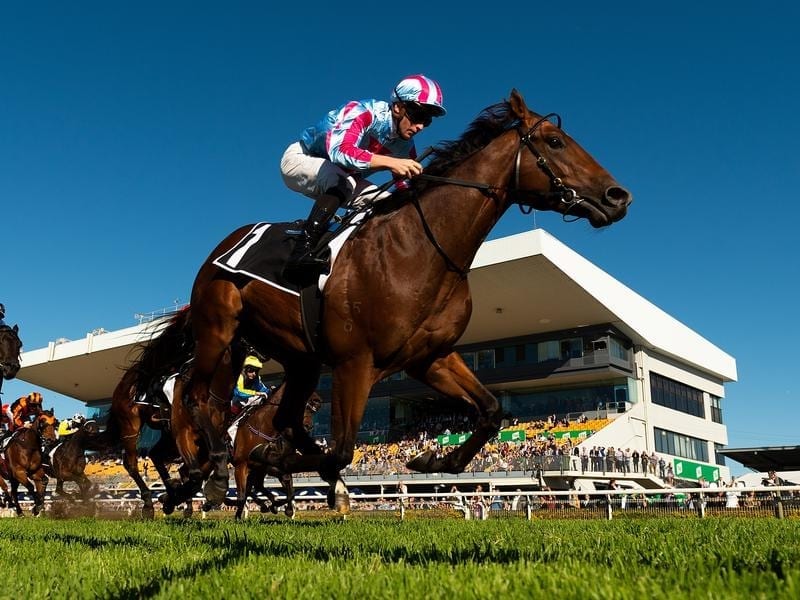 Talented colt Dubious will be an acceptor for the Vain Stakes, a Group Three race at Caulfield.

Dual Group-winning colt Dubious is on target to resume in the Vain Stakes at Caulfield but his connections will monitor the weather and track condition as they do not want it too wet.

Trained by Ciaron Maher and David Eustace, Dubious made his mark during his juvenile season with three wins and two placings from seven starts.

His victories included the Group Three Breeders’ Plate in Sydney and Group Two Champagne Classic in Brisbane while he was runner-up in the $2 million Magic Millions Classic.

Dubious was given a break after running a creditable fifth in the Group One Kingsford Smith Cup (1300m) in Brisbane in May when he was tried against older sprinters, and he headlines the 15 nominations for Saturday’s Group Three Vain Stakes (1100m) for three-year-old colts and geldings.

“We’ll accept and keep an eye on the ground,” Eustace said.

“We just wouldn’t want it too soft.”

Caulfield was in the soft range on Tuesday.

Dubious’ only start on a track rated worse than good was when he finished 10th in the Golden Slipper on a heavy track.

The colt, who has the Group One Golden Rose as one of his spring aims, signalled he was on target for his scheduled Vain Stakes return when he won a barrier trial at Cranbourne eight days ago.

Eustace said Dubious was fit enough and forward enough for his first-up assignment.

“If things fall his way we know he’s good enough so we’d be very hopeful he would go close in a race like that,” Eustace said.

“We think he’s in top shape and he probably goes off favourite if he runs in the race. And rightly so.

Maher and Eustace also have unraced Billjim among the Vain Stakes nominations with a decision still to be made where he steps out.