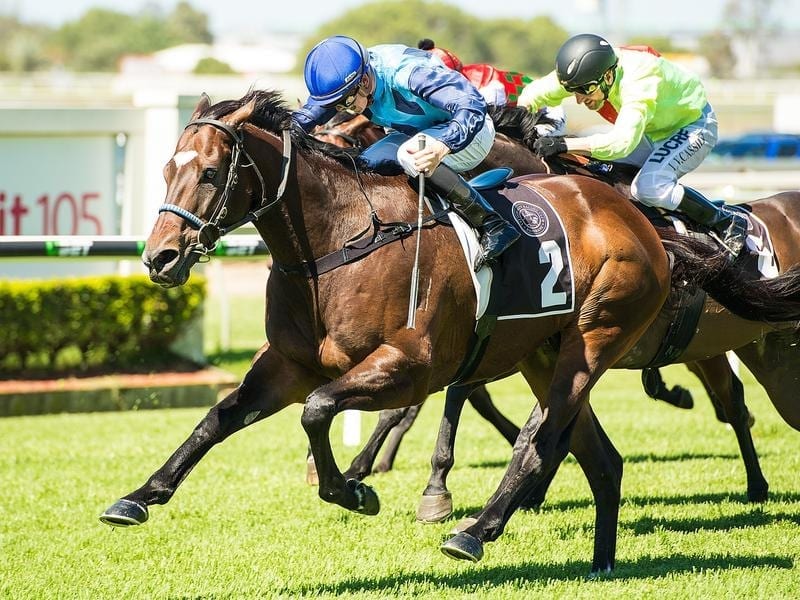 Ten-year-old Irish Constabulary has come from last to win over 1050m at Doomben.

Veteran galloper Irish Constabulary has joined a elite group of 10-year-olds to claim city races by coming from last to win at Doomben.

Irish Constabulary ($19) gave apprentice Jackson Murphy a welcome change of luck when he stormed home to beat Tarzan ($9.50) by three quarters of a length in the Winning Edge Hcp (1050m) on Saturday.

Trainer Sue Grills’ Ollie Vollie holds the record as the oldest horse to win a city race in Queensland after scoring in a Gold Coast metropolitan four years ago aged 12.

However 10-year-olds winning in metropolitan company are also rare with open company gallopers Valderoy, Cachondeo and Supersnack among the most notable.

Irish Constabulary scored his 11th win for the John Symonds and Sheila Laxon training partnership and took his prizemoney to nearly $500,000.

“He didn’t race until he was seven because of a dispute but he has been so honest for us,” Symonds said.

“He was badly weighted today but he gave us a real thrill the way he finished.”