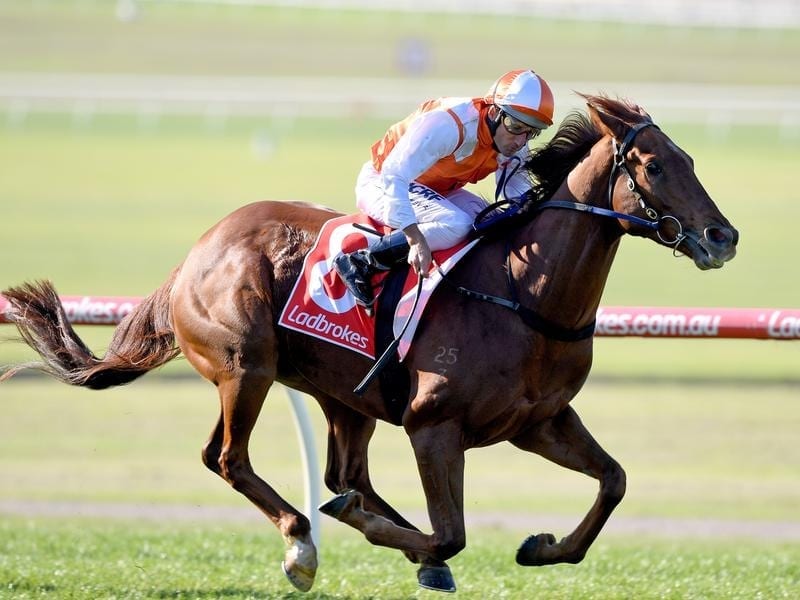 Lycurgus will head to The Valley after being scratched from the Ballarat Cup because of soft ground.

Danny O’Brien has revised plans for Ballarat Cup scratching Lycurgus and the trainer believes the stayer can get a result in another upcoming country feature.

O’Brien opted to withdraw Lycurgus from Saturday’s $350,000 Ballarat Cup a few hours before the race once the track was downgraded from a soft (6) to a soft (7).

The Pakenham Cup remains a focus but having missed the Ballarat race O’Brien plans to also run the five-year-old at Moonee Valley on Saturday as a lead-in to Pakenham.

“He’ll go to Moonee Valley to run in the 2040-metre benchmark-90 and then he will run in the Pakenham Cup off a seven-day break,” O’Brien said.

“He’s always been a horse that we’ve had trouble with on wet tracks. He struggles on ground worse than a soft five.

“It’s disappointing but he can’t handle it, and the weather is the weather.

“He’ll get his chance in these next two starts. So hopefully he can get the Pakenham Cup.”

He has had two starts this campaign, finishing unplaced over an unsuitable distance at weight-for-age in the Group Two Crystal Mile first-up.

He loomed up to hit the front in a 2000m benchmark-90 during the Melbourne Cup carnival at Flemington before finishing third to Top Prospect who is expected to be among his Moonee Valley rivals on Saturday.

The Ballarat Cup was won by the Darren Weir-trained Kiwia who finished strongly to chase down 2016 winner Pilote D’Essai.