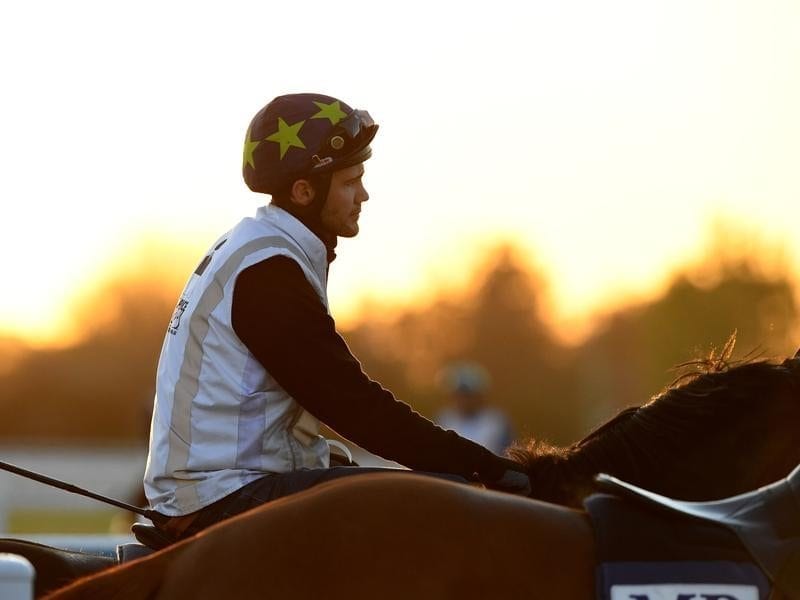 Trainer Brett Scott is hopeful a recent trial win may spark a turf track victory out of Valderrama when he commences his campaign at Mornington.

The six-year-old makes his return in the Frankston Suzuki Summer Of Racing Handicap (1200m) on Wednesday looking to record his first turf track success.

Valderrama is a five-time winner on the synthetic surfaces at Geelong and Pakenham, but is yet to win on the turf under race conditions.

The only time he’s been “successful” on turf was in a Cranbourne trial over 800m in October.

Scott said Valderrama was scheduled to run at the Ballarat Cup meeting on November 22 and a Moonee Valley night meeting on six days later but elected to bypass those races because of wet tracks.

“He doesn’t go so well when there’s cut in the ground, hence the reason he’s in at this time of the year.

“We had him in on Ballarat Cup day and we had him in at a Moonee Valley night meeting and both tracks came up wet.

“It was bad timing having those storms come through, so we opted not to run and gave him another trial at Balnarring.”

“There looks to be a lot of speed in it so hopefully they run along because he’s good off a hot speed,” Scott said.

“Unfortunately Daniel Stackhouse, who clicked quite well with him in those synthetic track runs, is suspended so we’ve got Michael Walker on him and hopefully he can weave a bit of magic.”

Scott will also run Immutable in the Musk Creek Farm Plate and Hammerstein in the Stellar.com.au Handicap.

Hammerstein is stepping to 2000m for the first time and Scott said his performance will determine whether he pushes on or is freshened for a winter campaign while Immutable will appreciate the rise to 1600m.