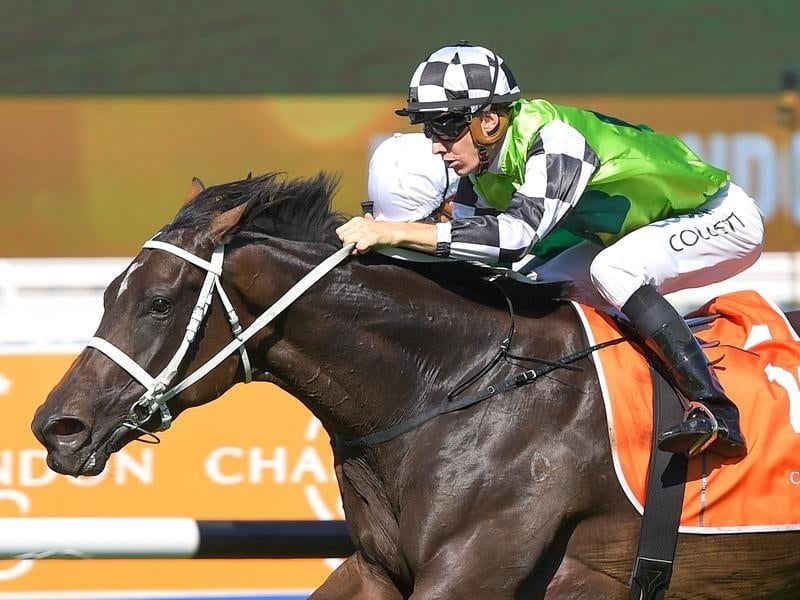 Unforgotten has staged a form reversal to take out the Group Two Phar Lap Stakes at Rosehill.

Unforgotten has risen to prominence again after shrugging off cardiac arrhythmia to snatch a narrow victory in the Group Two Phar Lap Stakes at Rosehill.

The Chris Waller-trained three-year-old filly is back on track for a tilt at the ATC Australian Oaks after she was only confirmed to run in the Phar Lap Stakes on race day.

Unforgotten had to pass a barrier test on Thursday after cardiac arrhythmia was detected once she finished last in the Group One Surround Stakes (1400m) at Randwick on March 3.

She had a soft trial, trailing the winner by four lengths, but had plenty on reserve when it mattered most over 1500m.

“Making her trial is good from the punters perspective. Obviously there’s a lot of questions that don’t get answered in racing,” he said.

“There will be a bit of criticism, I’m sure, but we’re doing the right thing by the horse and as a result she’s won a good race.

“We rode her quiet and let her finish off, that’s how she won her races in the summer, where she was starting to build that reputation.”