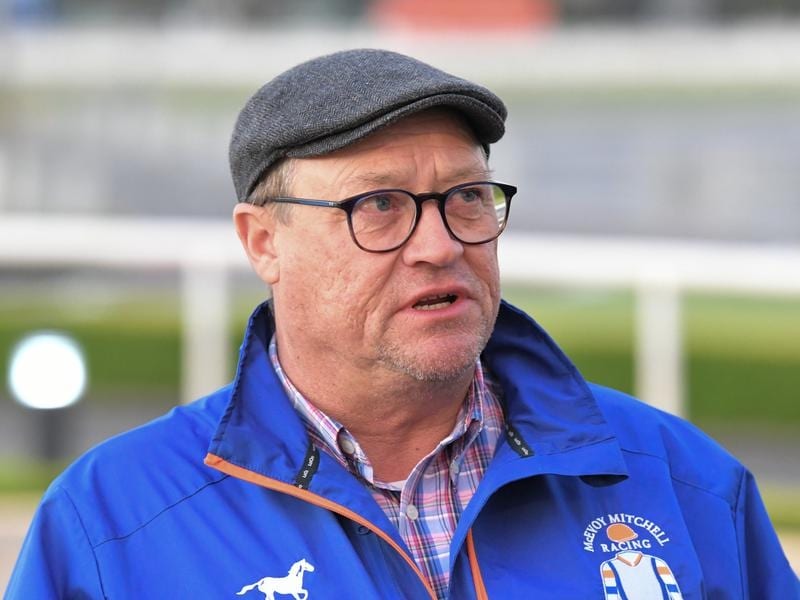 Trainer Tony McEvoy has supervised Hey Doc’s track work at Ascot ahead of the Winterbottom Stakes.

Co-trainer Tony McEvoy has given Hey Doc his tick of approval after watching the sprinter work on the course proper at Ascot.

Hey Doc runs in Saturday’s Group One Winterbottom Stakes (1200m) for which he is the equal second favourite at $7 behind $3 top fancy, Godolphin sprinter Trekking, in the weight-for-age sprint.

McEvoy, who trains in partnership with his son Calvin, was at Ascot on Tuesday morning to watch Hey Doc go through his paces.

“He galloped here this morning at Ascot in beautiful Perth,” McEvoy said.

“He was getting around like a bit of a tourist as they had them right out wide on the course proper, but he’s not the sort of horse that you can work in company.

“But his action was perfect, lungs were good, he’s eating and bright so I’m pretty happy with him going into Saturday.”

Hey Doc spent 13 months off the track after surgery to removes bone chips from a fetlock joint.

He returned to racing on November 16, finishing third behind Teleplay in the Kevin Heffernan Stakes (1300m) at Sandown, going down narrowly after leading.

Hey Doc was due to fly to Perth two days later, but a problem with the plane at Melbourne airport meant he and 17 others were delayed a day.

While the situation was not ideal, McEvoy said it did not affect Hey Doc.

“He’s an older and seasoned horse and he took it all in his stride,” McEvoy said.

“The first-up run and the trip has done him the world of good.

“He’s showing more of a rib now than what he was at Sandown and coming back 100 metres in trip, I’m pretty comfortable that he’ll run well.”

Hey Doc is a dual Group One winner of the Australian Guineas (1600m) at Flemington in 2017 as a three-year-old before reverting to sprinting to capture the Manikato Stakes (1200m) at The Valley the following October.