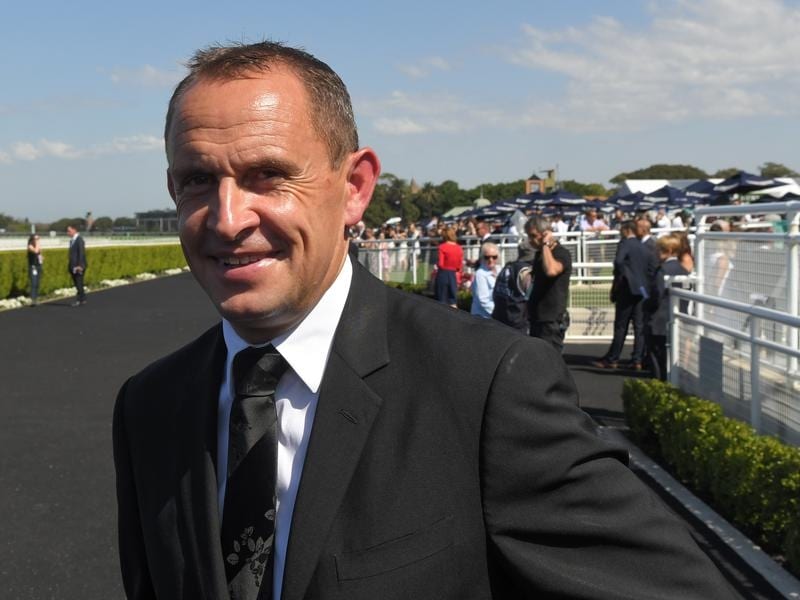 Champion trainer Chris Waller will have runners in all three Group One races at Eagle Farm.

The champion trainer still has Ringerdingding and Star Of The Seas in the mix for Saturday’s Group One race at Eagle Farm but the two are on the borderline to get starts.

Although Tom Melbourne has developed a reputation for not winning, the gelding’s 14 runner-up finishes, including his past three starts, are testament to his consistency.

“We are likely to have Tom Melbourne in the Stradbroke and still nominated are Ringerdingding and Star Of The Seas and we fully realise they may not gain starts,” Waller said.

“If that’s the case Ringerdingding will still run on the day in the 1600 metre Wayne Wilson Plate while Star Of The Seas may stay in Sydney.”

The trainer is keen for filly Re Edit to run in the Queensland Derby (2400m) alongside stablemates Nobu and Stardome but her owner Katsumi Yoshida will have to pay a late entry fee to do so.

“We will be deciding on Wednesday with Re Edit,” Waller said.

“She ran very well in the P J O’Shea Stakes and should have enough prize money. The late nominations are on Wednesday and if she pulls up well we will speak to Mr Yoshida about paying the late entry.

“Nobu will definitely run in the Derby. Stardome may not make the field and we will see how he works on Tuesday if he’s good enough to be there.”

Waller said he would recommend to owner Gerry Harvey that Duchess Of Lennox be spelled after she was unplaced in Saturday’s Queensland Oaks.

The stable is likely to have Kubrick, Reloaded and Accession in the J J Atkins Stakes, a race Waller has won three times, most recently with The Autumn Sun last year.

“All three horses are up on the Gold Coast at our stable there and and have come through their recent runs well,” Waller said.

“We’re excited by each of these colts.”

The J J Atkins is the final of five Group One races for two-year-olds this season.

Reloaded and Nobu are the early favourites with TAB for their respective races.