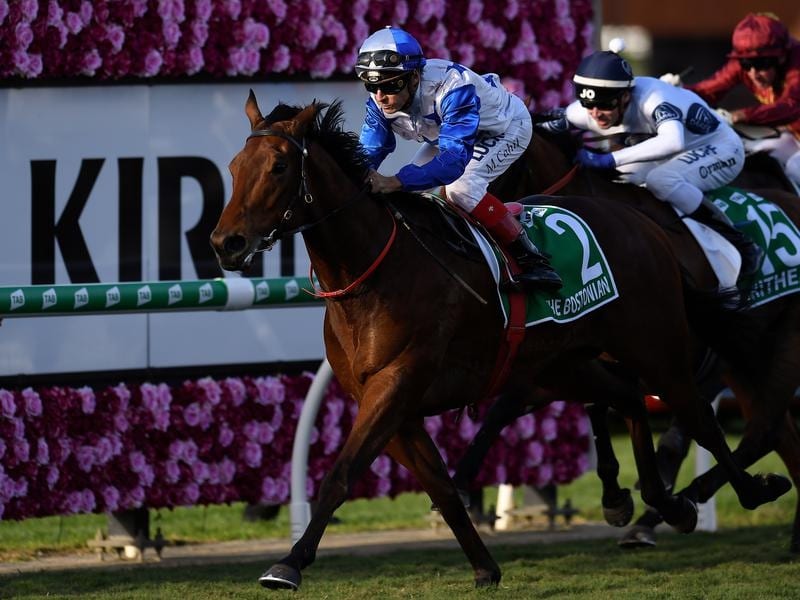 New Zealander The Bostonian is preparing for another Australian campaign in Sydney and Brisbane.

Top-line New Zealand sprinter The Bostonian has shown his readiness for his next Australian campaign with a gallop at Ellerslie.

The Tony Pike-trained five-year-old won a trial earlier in this month and made use of perfect conditions at Ellerslie ahead of a two-start Sydney campaign.

“I was thinking of taking him up to Counties for an exhibition gallop on Thursday but obviously they got some rain over the weekend and it was a good surface at Ellerslie.

“He ran good time and pulled up nice and fit and well so he’ll head to Sydney on Monday week and run fresh-up.

“We’ve pencilled in the Canterbury Stakes and the George Ryder and then obviously we’ll assess it after that.

“We’ll probably give him a week or ten days in the paddock in Sydney then head up to Brisbane for the same races we ran in last year.”