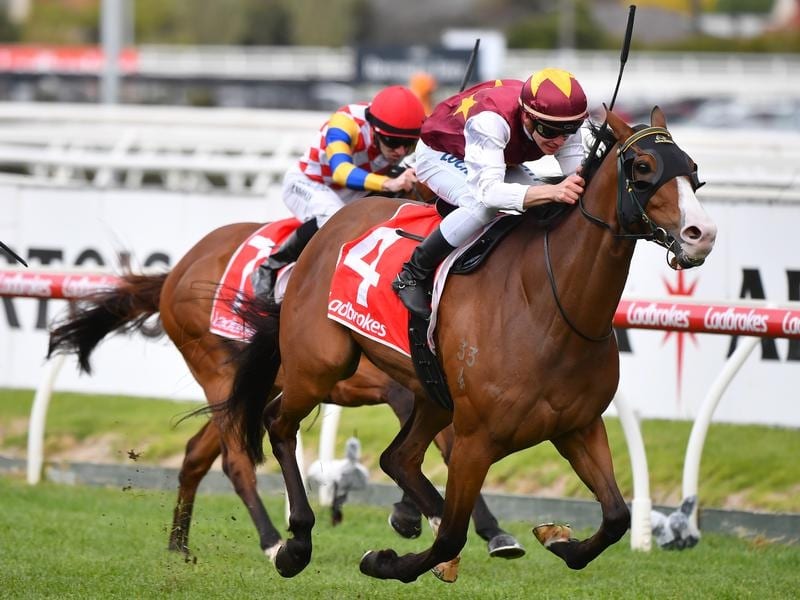 Streets of Avalon will begin his next campaign at Caulfield in the Listed John Dillon Stakes.

After shelving thoughts to campaign Streets Of Avalon in Dubai, trainer Shane Nichols has turned his attention to a Melbourne summer and autumn preparation.

Nichols also nominated Streets Of Avalon for Friday night’s Group Two Australia Stakes (1200m) at The Valley but confirmed the John Dillon was a better option than taking on a quality field at weight-for-age first-up.

The trainer had considered taking the gelding to Dubai for races below the top level in the early part of the current carnival.

“It was always in the preparation to have him ready for 1400 metres first-up because initially a month ago he was going to go to Dubai and run on Thursday over 1400 metres, but it was too expensive to fly him there,” Nichols said.

“So he has had two trials and he is going to improve on whatever he does but he will run in the John Dillon.”

Streets Of Avalon has won seven of his 40 starts with another 15 placings and Clayton Douglas takes the ride on Saturday.

He showed he was going well when he won a recent Mornington jump-out by a big margin.

While Nichols was thrilled with the way the gelding went in his solid hit-out, he said it was slightly deceptive with some of the others being given easy trials.

“If I was advising the punting public I wouldn’t put too much credence on that trial. He did trial well, but he was sent out to have a good nice gallop,” he said.

“But he’s in really good shape and he’s sound and well.

“With 59.5 kilos off a 54 minimum he can be competitive, but it does make it tough for him to win under those conditions.”

Streets Of Avalon has won twice at Group Three level over the Caulfield 1400m in the past year.

Nichols will try to find similar suitable races for Streets Of Avalon this preparation and has not ruled out running him in one of the upcoming Group One races at Caulfield – the Orr Stakes or Futurity Stakes – if he wins on Saturday.

“Later on he might defend his (Listed) Hareeba Stakes and also defend the (Group Three) Victoria Handicap,” he said.