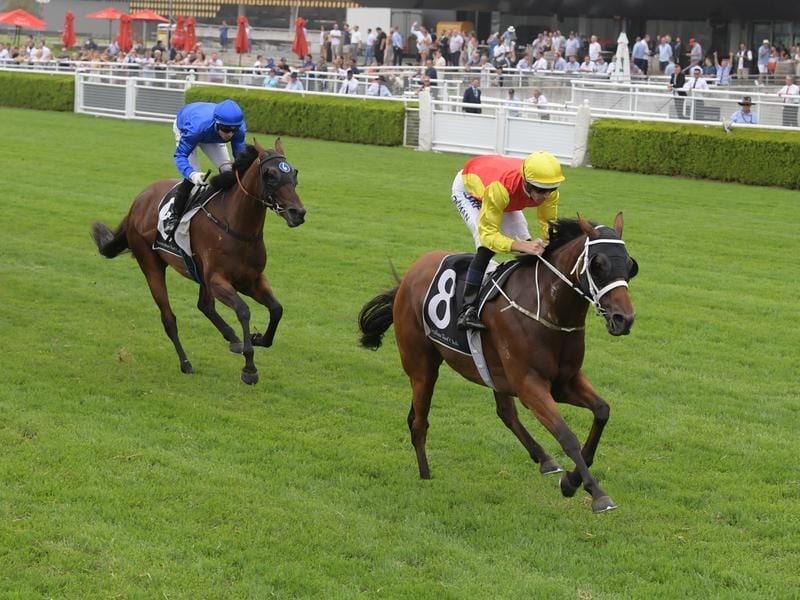 Trainer Chris Waller will test New Universe over 1800m for the first time at Eagle Farm.

Well-travelled gelding New Universe was once considered a Group One contender but is now being aimed at a Brisbane win in a far weaker race.

New Universe will be having his first start over a distance beyond 1600m in Saturday’s Open Handicap (1800m) at Eagle Farm.

After he overcame difficulties to win his second Australian start at Rosehill, some were tipping a stakes career for New Universe with the Stradbroke Handicap mentioned as a possibility.

The gelding has failed to reach those heights but has won another three races in Sydney and Victoria as well as being placed in Group Three company.

Waller sent New Universe north to his Gold Coast stables in search of suitable races and at his first Brisbane start he finished second over 1600m last Saturday week.

“The 1800 metres is something new but it isn’t the strongest race in recent months,” Shailer said.

“Cool Chap beat him last time and he meets that horse 1.5 kilograms better.”

Waller will also have Le Juge in the Open Handicap with the gelding showing a glimpse of his best form when fourth in the same race as New Universe at Eagle Farm.

In the other open race over 1200m, Waller has a strong hand with Fortensky and The Avenger.

They are both raced by Star Thoroughbreds and resuming from breaks.

Fortensky is a noted first-up performer having won three times fresh while The Avenger has also been successful when resuming from a spell.