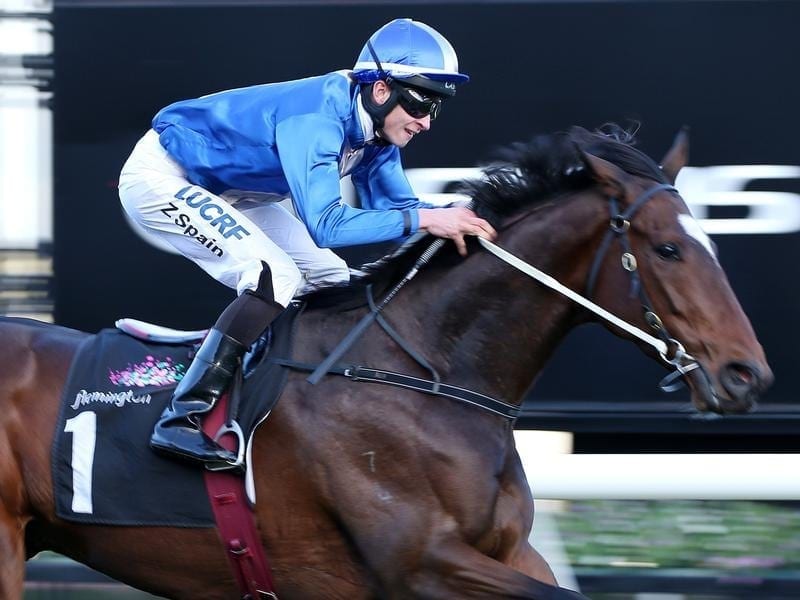 Zac Spain has ridden Masculino to victory in the Henry Bolte Handicap at Flemington.

Apprentice Zac Spain has ridden a winner at Flemington for the trainer who is soon set to become his boss.

Spain is apprenticed to Trent Busuttin and Natalie Young at Cranbourne but says he will soon be transferring on loan to the Mick Price stable at Caulfield.

The 21-year-old had his first ride for Price aboard Masculino in Saturday’s Henry Bolte Handicap (2000m) and was delighted to make it a winning start.

“We’re just in the process at the moment of getting that all sorted,” Spain said.

“So it’s exciting times. It will be a three-month loan to start and we’ll see how we go from there.

“That was my first ride for him so I’m off to a good start.”

Masculino settled three-wide with cover from a wide draw and was even deeper turning for home before chiming in to hit the front inside the final 300m.

“He was tough,” Spain said.

“He had everything against him today. He had a wide barrier on the back-up and to his credit, we got into a good spot three-wide with cover and he really hit the line strongly.”