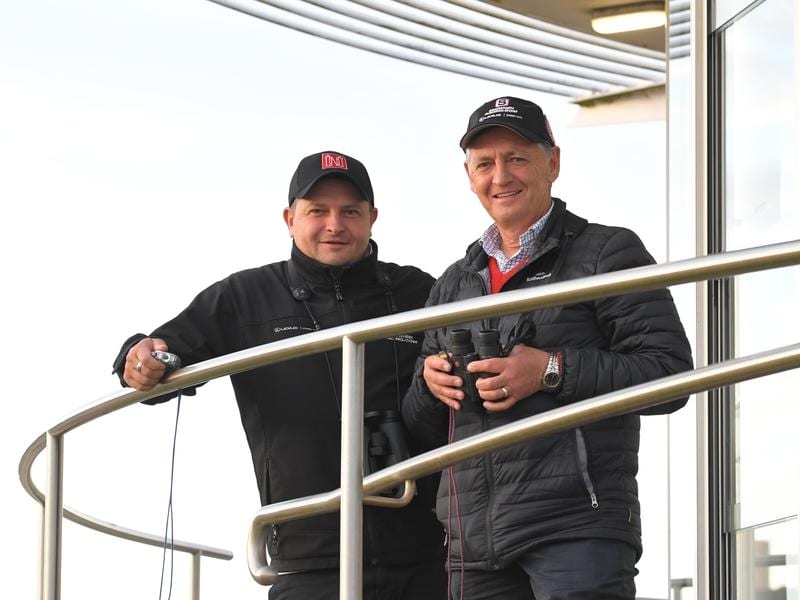 Paul and Peter Snowden have 42 horses still in contention for the $3.5 million Golden Slipper.

Snowden Racing has 42 of the 328 two-year-olds still in contention for the $3.5 million Golden Slipper including second favourite Dame Giselle.

The Ciaron Maher/David Eustace stable has the reigning favourite Cellsabeel among its 25 youngsters in the mix at Wednesday’s second acceptance stage.

The stables each have a runner in Saturday’s Canonbury Stakes as the jostling for positions in the field for the race on March 21 heats up.

Peter and Paul Snowden will saddle dual winner Nitrous in the Canonbury while Maher and Eustace have debut winner Prague.

Lindsay Park has 28 Slipper contenders left with Godolphin paying up for 23 James Cummings-trained juveniles and Hawkes Racing accepting with 17.

The Snowdens won the 2016 Slipper with Capitalist while Cummings won last year with Kiamichi and Hawkes Racing was successful in 2018 with Estijaab and 2014 with Mossfun.

The most successful living Golden Slipper-winning trainer, Gai Waterhouse, has 10 two-year-olds still on a path to the race as she aims for a seventh, this time in partnership with Adrian Bott.

Sires with the highest number of runners are I Am Invincible (29), Snitzel (24), Not A Single Doubt and Exceed and Excel (19) and Fastnet Rock and Written Tycoon (16).

“All of Australia’s leading stables have again targeted this race for their owners which shapes the Australian racing and breeding industry like nowhere else in the world,” Australian Turf Club general manager, racing, James Heddo said.