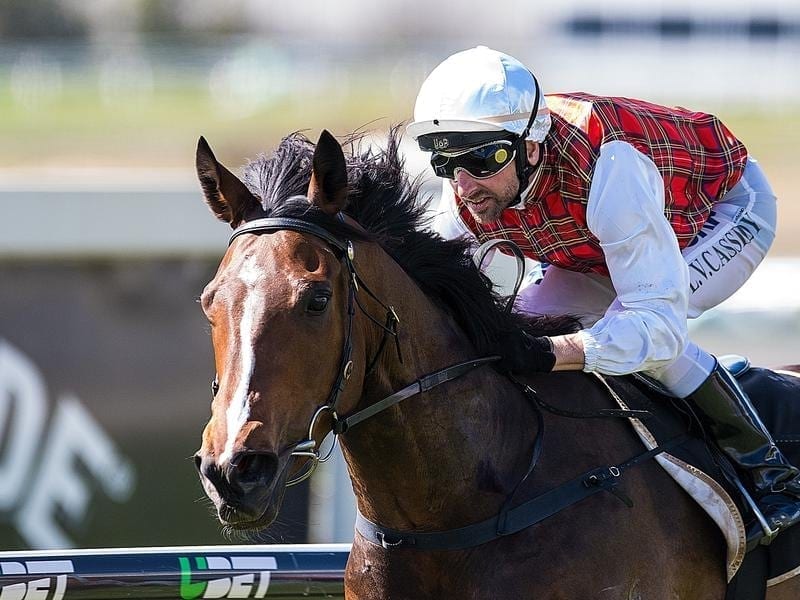 Order Again has claimed an overdue win at Doomben after being plagued with feet issues.

Fifteen months of frustration for trainer Brian Smith has been eased with Order Again scoring a strong win at Doomben.

Order Again took full advantage of a breakneck early pace to clock 1.17.69, breaking the previous class record of 1.17.73 which had stood for 14 years.

The gelding was ruling favourite for the 2017 Queensland Derby after winning that year’s Group Three Grand Prix Stakes.

But Order Again missed the Derby and has had only two runs since after being dogged by feet issues.

Smith had a sun cancer removed from his face on Friday but was able to smile enough to declare Order Again’s win “unbelievable”.

He left much of the talking to winning jockey Larry Cassidy who has a big opinion of Order Again.

“He would have won the Derby had it not been for his bad feet. Brian is a master and to get him back to the races is an outstanding effort,” Cassidy said.

“Order Again bungled the start because he was probably a bit fresh. But the fast early pace suited him.”

Order Again is likely to have one more start in Queensland at 1600m before heading to the Sydney carnival.