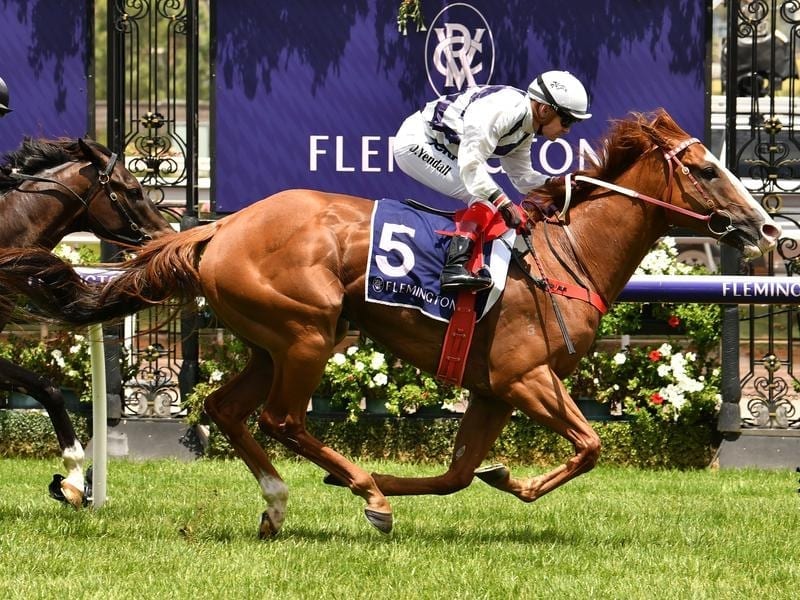 The Darren Weir-trained Silentz has overhauled So Si Bon to record another city win at Flemington.

The Darren Weir-trained gelding was coming off a last-start win in a benchmark race at Caulfield on December 26 and capitalised on an ideal run just off the pace to put his rivals away in Saturday’s Nominate Now for the All-Star Mile (1600m).

Silentz settled fourth on the fence behind So Si Bon and when a split appeared to his outside in the straight, the $2.60 favourite pounced.

“That was a solid effort,” Yendall said.

“He’s a nice horse. Obviously he had a light weight on his back (54kg) today so I thought he was always going to be better than them.

“I had So Si Bon as the one to chase. He coasted up to him easily enough and put him away quite quickly but if anything he just wanted to float a bit then and didn’t want to really attack the line.

“But he was still solid enough.”