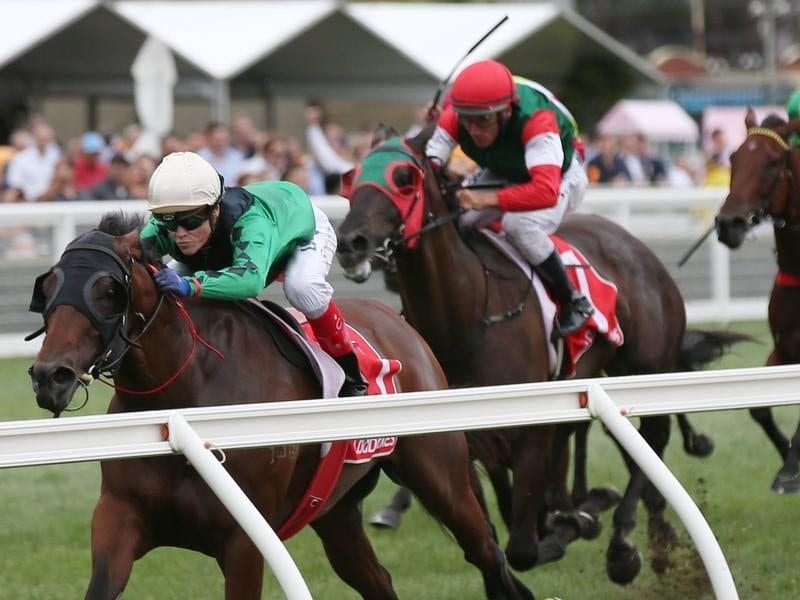 Group One winner Silent Sedition has shown her class in the Mannerism Stakes at Caulfield, winning the Group Three race for mares for the second-straight year.

After Silent Sedition finished fifth in her return from a spell in the Bellmaine Stakes at Caulfield two weeks ago, trainer Andrew Noblet opted to apply blinkers to Silent Sedition in a race for the first time on Saturday.

Noblet felt last year’s William Reid Stakes winner had been a bit timid in between runners first-up but was pleased with how she worked in blinkers earlier this week and on Saturday the mare bounced straight to the front and controlled the 1400m race under jockey Craig Williams.

Samovare ($4) moved up to issue a challenge rounding the home turn but once Williams asked Silent Sedition ($4.20) for her effort the five-year-old extended away along the rail to beat Samovare by 2-1/2 lengths.

“I was really confident she would race well in them (blinkers). It was just a matter of getting the right run,” Noblet said.

“She got her own way in front a bit today and she was always going to be hard to run down if she let go like she can. So it was good.

“She’s a pretty classy mare and it was good to see her back in the winner’s circle today.”

Silent Sedition is likely to have her next start in the Group One Coolmore Classic in Sydney, a race she finished second in last year after a tough run from a wide draw.

Williams was taken by the performance and believes Silent Sedition is on target for her autumn Group One assignments.

“That was really impressive,” Williams said.