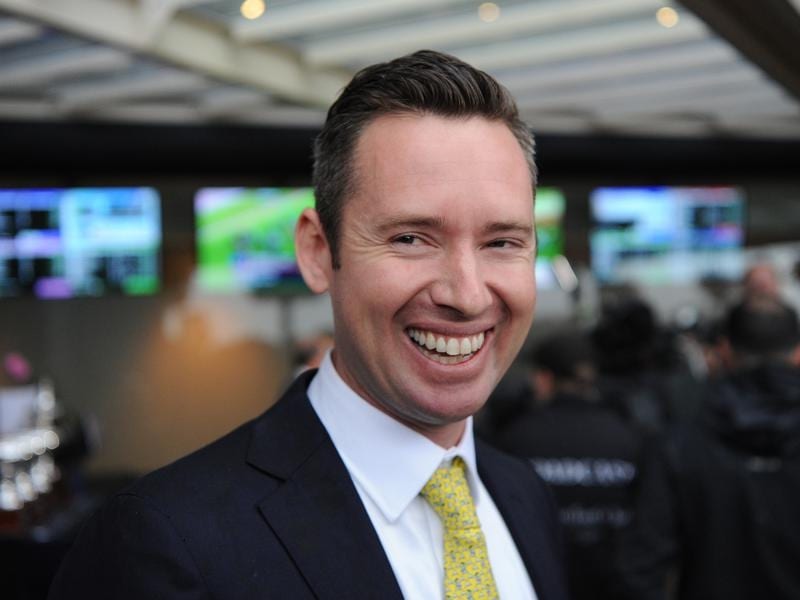 Adrian Bott says Shout The Bar deserves to be tested against the best three-year-old fillies.

Three-year-old filly Shout The Bar will face the toughest test of her short career when she strives to give the Gai Waterhouse and Adrian Bott stable its third Group One win in as many weeks in Sydney.

Shout The Bar is scheduled to run in Saturday’s Vinery Stud Stakes (2000m) at Rosehill, having won her first two starts in benchmark races before finishing a close second in the Group Three Kembla Grange Classic.

But she will be up against star fillies Funstar and Probabeel, both Group One winners and the only two runners under double figure odds at $1.75 and $4 respectively.

The Coolmore Classic meeting was the last one held before government restrictions on public gatherings came into force to try to slow the spread of coronavirus in Australia.

The Golden Slipper meeting was run behind closed doors with only essential personnel on course while biosecurity measures have been further increased, not just at race meetings but around stables and training facilities, as racing officials strive to keep Australian racing going.

“I think it’s vital for the industry to be able to keep racing,” Bott said.

“And certainly with the tight measures and policy and procedures that have all been put in place by the industry, and are being adhered to by everyone and our stable staff, there’s no reason why we can’t continue proceeding under those tight measures.

“It’s only going to be an enormous positive for everyone involved if we can.

“Obviously everyone understands the significant amount of value and worth the industry brings and the amount of livelihoods that are attached to it, so it’s important that we can adhere to all that.”

Bott said Shout The Bar had been pinpointed as a potential Oaks filly but admits they are asking a lot of her in the Vinery in her first racing campaign.

“What she did over the short distances was just on class alone which was validated with her run in the Kembla Grange Classic when I thought she was very brave,” he said.

“She’s come through it nicely and stepping up to the 2000 metres we always thought would be to her benefit but she’s taking on some more seasoned opposition, particularly Funstar and Probabeel.

“They are two class fillies that have been proven at that level.

“We’re asking a bit of her in her first campaign, so she’s got all that against her, but particularly with the timing of everything it’s a great opportunity for her to be contesting that level against her own age and sex over a suitable distance.”